The Marine general in charge of war court defense teams has been ordered into confinement for 21 days after being found guilty of contempt for disobeying a judge’s decree, in relation to a case involving the 2000 bombing of the USS Cole in Yemen.

On Wednesday, Marine Brigadier General John Baker, 50, who serves as the chief defense counsel for military commissions, was sentenced into confinement by Guantanamo Bay Air Force Judge Colonel Vance Spath at the Guantanamo Bay Navy Base in Cuba. 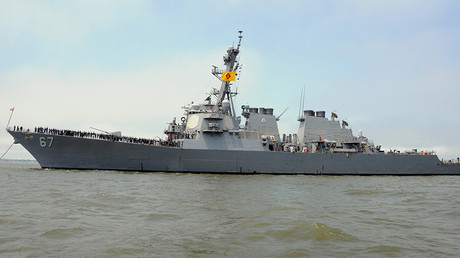 The case in question accuses Abd al Rahim al-Nashiri, 52, of orchestrating the Al Qaeda-led attack on the ship. Nashiri was arraigned in 2011, and has been in US custody for 15 years. The attack led to the deaths of 17 US sailors, and injured many more.

At issue is Baker’s decision to excuse the three attorneys representing Nashiri in the case when they asked to resign last month due to a secret ethics conflict involving attorney-client privilege. Baker claims he found “good cause” to dismiss the attorneys.

Spath ordered the three attorneys to appear before him in person at Guantanamo this week, but they refused. The judge also ordered Baker to testify on Tuesday about the three attorney’s absences, but Baker did not appear.

On Wednesday, the general showed up to his schedule hearing, and was sentenced to confinement. He argued the war court he was summoned to appear in, is designed to try foreign terrorists, and did not have jurisdiction over him because he is a US citizen. But Spath refused to let Baker speak, and told him to sit down.

“There are things I want to say, and you are not allowing me to say them,” Baker said to the judge, the Herald reported.

Spath replied, “This is not a pleasant decision,” and called the proceedings neither “fun” nor “lighthearted.”

Spath noted at the hearing that Baker was out of line in invoking a privilege when he refused to testify about the absence of the three attorneys on Tuesday, per the judge’s previous request. 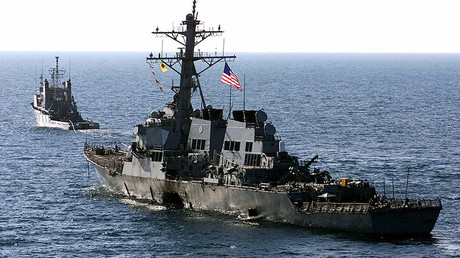 Baker declared that privilege is a judge’s domain, and that a judge has the authority to weigh and review privilege. Spath said, without that, there would be “havoc in any system of justice.”

The judge also added that a chief defense counsel would have the power to essentially dismiss a war court case if Baker’s actions were allowed, the Herald reported.

In regards to Baker’s sentence, Spath added that a senior official at the Pentagon, Convening Authority Harvey Rishikof, would review the general’s contempt finding and sentence.

But before Rishikof reviews Baker’s situation, the judge ordered court bailiffs to arrange for the Marine general to be confined to his quarters. Baker will be confined to a room in a trailer at Camp Justice, behind the courtroom, until Rishikof acted or found a different place.

Baker has emerged as an outspoken critic of the hybrid military-federal justice system set up by former President George W Bush.

“Put simply, the military commissions in their current state are a farce,” Baker said at a talk last year.

As of Monday, Nashiri had just one attorney to represent him in the trial, and it is a US Navy lieutenant with no death penalty experience. The man could face military execution if he is convicted.