A judge has ruled that a 74-year-old Christian woman can be taken off of life support in the hospital because of an email she wrote more than four years ago after watching a TV show on dementia. The woman wrote a message to her daughter, saying: “Did you see that thing on dementia? Get the pillow ready if I get that way!”

A judge from the Court of Protection ruled that the email amounted to a “significant” record of the women’s views on what should happen should she lose the ability to make decisions for herself, the Daily Mail reports. The woman slipped into a near-coma following a fall last year.

Her daughter requested that the nutrition and hydration tubes that keep her alive should be withdrawn. These measures were opposed by the Salford Royal NHS Foundation Trust, nurses who have been caring for the woman, her sisters and other family members. 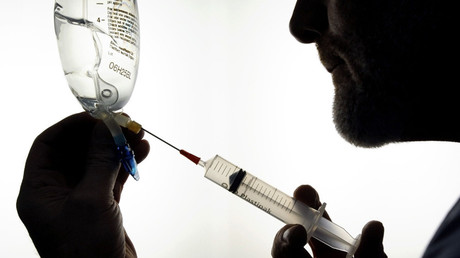 The woman’s daughter, identified only in court records as Mrs P, applied for the withdrawal of her mother’s medical treatment after she fell in a car park and lapsed in hospital into a minimally conscious state. The chances of her condition improving, the judge said, were “very limited.” If treatment continued, she could expect to be remain alive between three and five years.

The judge said the daughter “informed the medical staff very early on that her mother would not have wanted the indignity of her present circumstances. She felt that some of the nursing staff judged her adversely for this.” He added that he thought that his daughter was right about the disapproval of the nurses, but “these very difficult circumstances often provoke strong moral and theological reactions in others.”

The daughter began searching for emails sent by her mother, and eventually found one from May 2013 which read: “Did you see that thing on dementia? Made me think of Dad and what a travesty of life his last years were and all the sadder as he had such incredible talent.”

“You know I miss mum everyday and still talk to her, but it is a comfort that she went quickly and I am still haunted by how he ended up … Get the pillow ready if I get that way!… Love Mum.”

The judge ruled the context of the email was significant as she had been distressed by the decline and death of her father. He rejected the NHS Trust’s call for a declaration that it was in the woman’s best interests to be kept alive via a tube.