Most parents assume they’ll be empty nesters by the time their kids reach their 30s, but that wasn’t the case for one couple. They were so tired of their grown son refusing to leave their house that they sued him – and won. 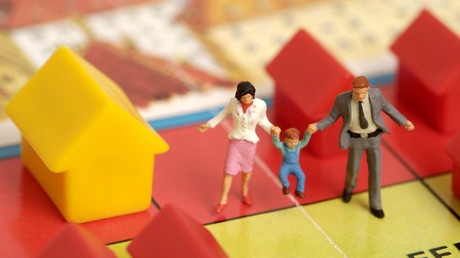 Although the typical 30-year-old has moved out of their parents’ house and might be married with a kid or two, Michael Rotondo of Camillus, New York, didn’t want any part of that. He only wished to remain under his parents’ roof.

His parents, however, weren’t so keen on Michael’s freeloading dream and gave him five written notices to get out. “There are jobs available even for those with a poor work history like you,” one of the notes stated, according to the New York Post. “Get one — you have to work!”

But when he ignored all five notices and an offer of a $1,100 nest egg to help get him on his feet, his parents felt they had no other choice than to take their own son to court.

The Tuesday arguments by Mark and Christina Rotondo’s lawyer were sound. “My clients don’t really have to express a reason why they want [Mike] to leave their residence…they have no obligation to provide support, he’s well over the age of 21,” the attorney said.

But none of that seemed to resonate with Michael, who acted as his own attorney in court. “I’m not a burden to them in the home, they don’t provide laundry or food, it’s really a moot point for them to seek me to be ejected,” he said.

However, the judge didn’t buy any of it, and ruled that Michael had to finally spread his wings and fly away from his mom and dad’s nest. But the verdict didn’t seem to phase Mike, who told the judge he’d be appealing the ruling.

It goes to show that the famous Spanish phrase: “mi casa es su casa” isn’t the case for every home. Just ask Mark and Christina Rotondo.