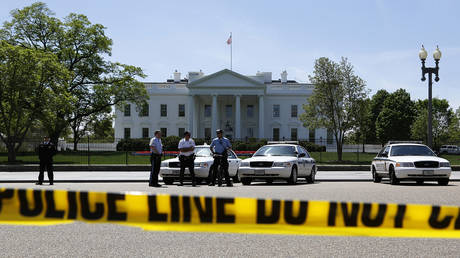 Federal agents have arrested a Georgia man who is accused of planning to use explosives and an anti-tank rocket to attack the White House, the Statue of Liberty, and other iconic targets following a months-long FBI sting.

Hasher Jallal Taheb has been charged with intent to destroy by fire or explosives a building owned by the US. He was arrested after trading his car to undercover FBI agents in exchange for weapons and explosives, according to ABC, which did not specify what kind of weapons he received.


Taheb had in his possession a hand-drawn diagram of the ground floor of the White House’s West Wing and also allegedly sought to attack the Washington Monument, the Lincoln Memorial, and a “specific synagogue” in the area.

The FBI reached out to Taheb when he first posted the car for sale in August, learning he was planning to use the proceeds to fund a trip overseas for “hijra,” a term Islamic State (IS, formerly ISIS/ISIL) has used to describe western fighters’ journey to join its ranks. Unfortunately for him, he didn’t have a passport.

Court documents allege Taheb wanted to attack, but he did not know how to do so, and had no weapons or explosives, but was arrested today after accepting weapons from people he thought were like-minded but were actually FBI undercover operatives – @PeteWilliamsNBC