Liberal US-Hungarian billionaire George Soros is facing accusations of once again meddling in British politics, after news broke that he has donated almost half-a-million pounds to a campaign seeking to reverse Brexit.

Soros, notorious in the UK for his links to a 1992 run on the pound, is among three donors backing the ‘Best for Britain’ campaign, which is lobbying MPs to call a second referendum or general election which would allow for the public to vote on any final Brexit deal, according to a strategy document leaked from a meeting of the group. 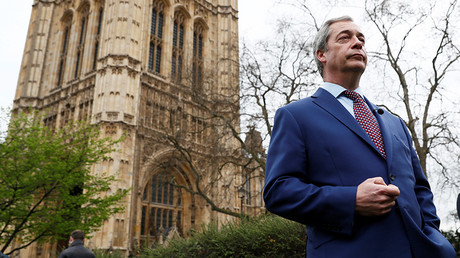 Among the guests at his house were businessman Stephen Peel, former Labour minister Lord Malloch-Brown and chief executive of WPP, Sir Martin Sorrell, it was reported.

Best for Britain plans to launch a nationwide advertising campaign this month, which they hope will lead to a second referendum. A leaked document says the campaign must “wake up the country and assert that Brexit is not a done deal. That it’s not too late to stop Brexit.”

It adds that a series of Momentum-style mass rallies and concerts are planned and the campaign will have a “heavy youth focus.” The memo also reveals a plan to “pressure” MPs in 100 Leave-supporting constituencies, and sets out how organizers “have a range of guerilla marketing tactics” to build momentum.

Best for Britain was co-founded by Gina Miller, who took the UK government to court over the triggering of the Article 50 process to leave the EU.

Soros is understood to have made the £400,000 ($555,154) donation through his pro-EU Open Society Foundation. The revelation comes after the magnate previously said the UK could re-apply to join the 27-member state bloc soon after Brexit. 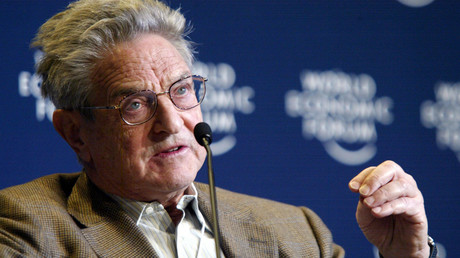 Lord Malloch-Brown confirmed Soros’ donation, saying the campaign is a “democratic and patriotic effort to recover our future and we welcome support for our efforts from many quarters.”

The news was reported in an article on the Telegraph written by May’s former chief of staff Nick Timothy, who claimed the Best for Britain campaign’s objective is “to convince MPs to vote against the deal Theresa May negotiates with Brussels, regardless of its content.”