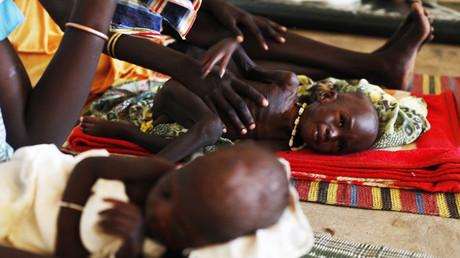 Patel said there are “massacres taking place, people’s throats being slit.” She called for international leaders to do more to lobby President Salva Kiir to stop the ethnic cleansing.

She claimed conditions in the world’s youngest country are “abhorrent and inhumane” amid a “scorched earth policy.”

“The violence that is taking place is a stain on Africa,” Patel remarked.

During her visit to South Sudan, Patel met with President Kiir, whose government is accused of blocking food aid.

She said villages are being reduced to ashes, women are being raped and food is being used as a weapon of war.

Patel made the comments in an interview to Associated Press in neighboring Uganda, where she also visited a refugee camp which is home to more than 800,000 South Sudanese. 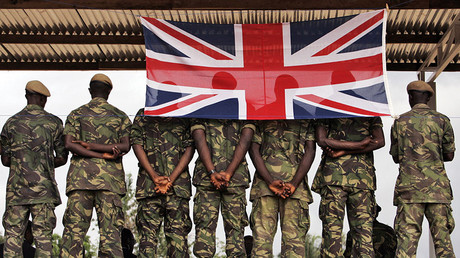 She urged the African Union to stand up for its “fellow African brothers and sisters.”

“This is about international pressure,” Patel said.

“Where is the voice of the African Union? This is an African Union that was created to give strength to Africa.

“Where is that voice? Why are they not standing up for the people that are being massacred over the border who are their fellow African brothers and sisters?”

“Other leaders in the region cannot sit on their hands here.”

She added that regional leaders should make use of a national dialogue plan to pressure Kiir to stop the cleansing and reach a peace agreement.

“If there’s a national dialogue plan, regional leaders in my view should be taking the lead on that, in terms of how they influence President Kiir but also how they support the national dialogue as well to bring peace and reconciliation to that country.”

The civil war in South Sudan began in 2013, just two years after becoming independent, as Kiir, a member of the Dinka ethnic group, accused his political rival Vice President Riek Machar, an ethnic Nuer, of organizing a military coup. Their confrontation spilled into a full rebellion.

Last month the UN was given greater powers to investigate human rights abuses in the country and collect evidence, creating a basis to hold people to account.

With 1.5 million people displaced, the conflict in South Sudan has caused Africa’s biggest exodus of refugees.