Advances in technology, from brain chips to gene selection, may be creating a new type of man, but what are the dangers? The former governor of Minnesota shares his take in the latest episode of ‘The World According to Jesse.’

Jesse Ventura talks to biochemist Sam Sternberg, who co-authored the book ‘A Crack in Creation Gene Editing and the Unthinkable Power to Control Human Evolution,’ explains that gene editing opens the doors to programming the genetic code at one’s desire. “The real dream or the holy grail of genetic editing,” the scientist says, is to take a person with a genetic disease like cystic fibrosis or sickle cells and, instead of putting him on a lifelong therapy, to “repair the genetic mutation that caused the disease in the first place.” 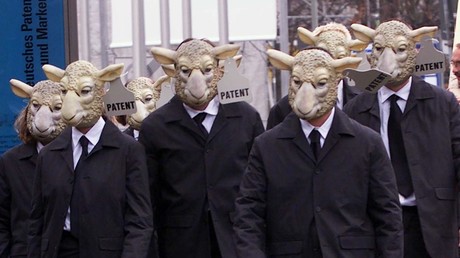 Gene editing, however, is yet to pass clinical trials in the US, and tests done in China showed that tampering with DNA sometimes leads to unintended changes, so the method is still “not 100 percent accurate.”

However, its prospects continue to look promising. “We’re going see this purvey in many different areas of biotech. Not just in human biomedicine, but also in agriculture and even in things as using gene-edited mosquitoes to eliminate malaria, or to control invasive species,” Sternberg explains.

Ventura also weighs in on the idea of Homo Deus, or ‘man-god,’ introduced by the historian and writer Yuval Noah Harari, who predicted the next step in evolution through fusing humans with technology. “How is this going to fly with the spiritual community or the people who believe in God?” wonders Ventura. “I’m also very interested how the elected officials will respond. We have officials in Washington like the ones who head our Environmental Protection Agency and things of that nature, who believe God controls the weather. How are they going to allow stuff like this to happen?”

Tech pioneers like Kernel and Elon Musk’s Neuralink insist that special helmets and brain chips may one day cure Parkinson’s and Alzheimer’s, as well as paralyses, and may even increase memory and intelligence. “If it helps mankind and can cure diseases that have plagued us for literally centuries, I think it’s a great thing,” says Ventura. At the same time, great achievements expose us to grave risks, he argues. “There is danger that such tech can get into the wrong hands. To me, that’s the scariest thing.”

More on that in the latest episode of ‘The World According to Jesse.’