The story behind the shadowy US-Israeli cyber attack against the Iranian nuclear program may soon be coming to TV screens. HBO is reportedly working on a miniseries based on ‘Zero Days,’ an award-winning documentary about Stuxnet.

The network behind ‘Game of Thrones’ has reportedly partnered with Carnival Films, the production company behind ‘Downton Abbey,’ to adapt a 2016 documentary by Alex Gibney. According to Deadline, Gibney himself will direct the project, which will reportedly also involve ‘The Americans’ screenwriter Stephen Schiff.

“I first came across it when I was doing We Steal Secrets,” the film about Julian Assange and Chelsea Manning, Gibney told Deadline. “I didn’t understand at the time that it was something deeply fundamental about where we were heading, in terms of spying and cyber conflict. That didn’t happen until we started to make the film.”

Gibney credited Marc Shmuger, who produced ‘Zero Days,’ with opening his eyes to the pivotal importance of Stuxnet. The virus “set in motion a new kind of arms race,” he said. 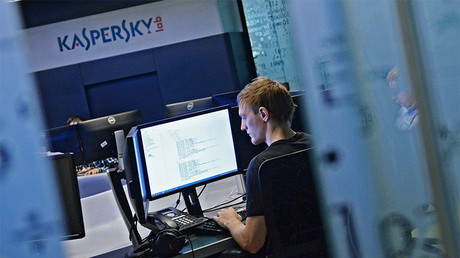 “It sent another kind of message, too, which is, the United States and Israel will use weapons and attack people first, and that sets a different kind of precedent for other countries, as well: Why shouldn’t we do the same?” Gibney told Deadline. “You can say that what we did with Stuxnet was an undeclared act of war — it was an attack on critical infrastructure in a time of peace. That sets a terrible legal precedent.”

First detected in 2010 by Russia’s Kaspersky Labs, Stuxnet is widely believed to be the work of the US and Israel. NSA whistleblower Edward Snowden confirmed that claim in a 2013 interview. However, neither government has officially acknowledged being behind the virus.

Computer code found in the 2017 leak from Shadow Brokers, which was allegedly stolen from the NSA, was also found to match that used in Stuxnet. Designed to target industrial control systems used in infrastructure facilities, Stuxnet modifies data on controller software that affects their automated processes.

In 2011, Iran accused the US and Israel of employing Stuxnet to attack Tehran’s nuclear program, specifically the uranium enrichment facility at Natanz. Stuxnet was reportedly introduced into the facility on a USB flash drive, bypassing the plant’s isolation from the internet.