Ex-London Mayoral candidate George Galloway has thrown his hat into the ring to become the new host of the BBC’s flagship political show, Question Time, claiming he’d be perfect, as the “political class are afraid of him’.

The former Labour and Respect MP has been quick to offer his services to the British public service broadcaster, after current presenter David Dimbleby announced he would be stepping down after 25 years in the role.

Political firebrand Galloway, host of RT’s Sputnik show, has taken to social media insisting that he’s the man the BBC needs to fill a position that will become vacant on December 13, after Dimbleby’s last program as chairman.

He tweeted: “Dear @bbcquestiontime I hereby apply. I’ve presented thousands of shows over the last 12 years most of them live. I’m articulate knowledgeable and unafraid. I regard most MPs as unfit for purpose especially most Labour MPs. The political class are a little afraid of me. #BBCQT”

Dear @bbcquestiontime I hereby apply. I’ve presented thousands of shows over the last 12 years most of them live. I’m articulate knowledgeable and unafraid. I regard most MPs as unfit for purpose especially most Labour MPs. The political class are a little afraid of me. #BBCQT

Galloway has received a positive response from his followers, with some saying Question Time is crying out for an impartial chair, to others being particularly receptive to his dig at certain Labour MPs and even suggestions for permanent guests, although the jury maybe out at how Simon Cowell would go down with the fiery Scot.

#BBCQT is in desperate need of a presenter who is impartial – I’m a fan of Dimbleby but louder guests are far to able to talk over him & important points are missed or glossed over by politicians who know how to time-waste to the end of the show. @BBC#GeorgeGalloway gets my vote

Your pop at “most Labour MPs” might just have swung it for you. George. :0

Minor change to the format, your co-presenter will be Oakeshott and a permanent panel of Simon Cowell, Amanda Holden, Alesha Dixon and David Walliams.

However, there were those that warned him off the job as the BBC “would be telling you what you can and can’t say,” citing Frankie Boyle as an example; to which Galloway cheekily retorted: “Not likely :-)”.

George you don’t want to work for the rotten BBC my friend. Look what they have done to frankie boyle. They would be telling you what you can and can’t say.

With the Russia World Cup up and running and in people’s consciousness, there was a suggestion for the first goalscorer in the England v Tunisia match to become the next Question Time host. Harry Kane leading the line for England and the BBC’s QT?

Bookmakers have been taking bets on the new host, providing social media with some usual suspects to debate over. Experienced BBC political presenters such as Newsnight’s Kirsty Wark (Ladbroke’s favorite 3/1) and Emily Maitlis, Radio 5 Live’s Emma Barnett and the Daily Politics and This Week’s Andrew Neil heading up the betting. 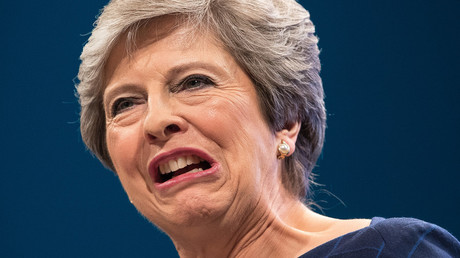 However, they have thrown up a couple of ‘left field’ choices. You can put a wager on Richard Madeley, who is currently 33/1 with bookmaker William Hill. Madeley, who presented ITV daytime show This Morning, with his wife Judy Finnigan for 13 years, is currently a presenter on Good Morning Britain.

He recently caused a stir for cutting off Defence Secretary Gavin Williamson midway through a live TV interview after the minister failed to give a straight response to a question on Russia, leaving Madeley too frustrated to continue his questioning.

Madeley terminated the interview, saying: “You’re not going to answer are you? Alright, interview terminated because you won’t answer the question.”

At 500/1 with Ladbrokes you can hedge your bets with ex-UKIP leader and Brexit enthusiast, Nigel Farage, as new chairman. Social media users have already been joking about the connections Farage has with the political show, having made 32 appearances, making him the joint highest, averaging 1.7 a year, according to political scrapbook.

Ex-Have I Got News for You comedy writer Pete Sinclair tweeted: “David Dimbleby has announced that he’s stepping down from Question Time after 762 episodes – which is the second most appearances after Nigel Farage.”

David Dimbleby has announced that he’s stepping down from Question Time after 762 episodes – which is the second most appearances after Nigel Farage.

David Dimbleby has announced that he is stepping down as host of BBC Question Time in December … that must be because his job will have been accomplished then … rumours that Nigel Farage is taking over haven’t been denied. ! Be afraid … be very afraid! #bbcqt

Farage or Madeley, Neil or Maitlis…or even Dundee’s George Galloway. There will no doubt be further names to enter the fray to takeover from Dimbleby. Will the BBC stay safe or surprise us all? We have six months to find out.