A rapist who underwent a £10,000 NHS surgery to change sex has sparked fury after being relocated to a female prison unit.

Jessica Winfield, born Martin Ponting, who has been serving a life sentence since 1995 after assaulting two young girls, changed sex while being held at the top-security HMP Whitemoor, Cambridgeshire.

Father-of-three Winfield, has now reportedly been moved to female-only HMP Bronzefield in Ashford, Surrey, and hopes to be freed later this year.

One of her victims said the move is “a kick in the teeth” and slammed the suggestion of Winfield being freed this year as “diabolical,” the Sun reported.

“There are not enough words to describe him and the evil he has done.

“It is diabolical they have allowed him to have a sex change and diabolical that he could be freed this year.

“He may have changed physically but his brain is still the same,” the victim pointed out.

“You can change somebody’s genitals but it’s not going to take away the urge and impulse inside them to do horrific things to children.

“I feel like it mocks the people he offended against. It is a kick in the teeth for me and his other victim.”

Winfield spoke out about his sexuality back in 2007 to a prison newspaper. In a letter to the Inside Time, Winfield claimed fellow inmates and staff were giving him a “hard time” because of his sexuality.

“Unfortunately there is a minority of staff and inmates that give me a hard time because of my sexuality, possibly through lack of understanding and empathy. 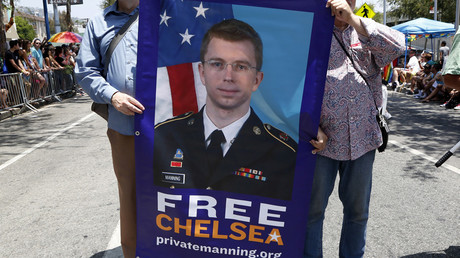 “So not only do I have the problem of dealing with serious emotional issues surrounding my gender reassignment sex change but also added pressures and issues due to comments and abuse from certain individuals.

“I have changed my name to that of a female to prove to the authorities and everyone concerned that I am very serious about my gender and that I do not feel right being a man.

“I feel like a female trapped in a male body,” the transsexual inmate added.

But Winfield’s brother, Nigel, 49, steered away from defending the accused and said: “The best they could do is throw away the key.

“He is a menace to the public and people need to be warned about him.”

David Hines, founder of the Victimcare charity, also hit out at the decision to fund Winfield’s £10,000 (about US$12,500) operation to transition to female, highlighting the incongruence in giving money to a double rapist while charities striving to support people’s wellbeing struggle to “make ends meet.”

“Support charities are struggling to make ends meet and get no help from the government, but prisoners get all the luxuries they could possibly ask for,” Hines said, according to the Sun.

Winfield’s behind-bars operation comes after transgender prisoners won the right to surgery back in 1999.

A decade later, a High Court ruling allowed for transgender prisoners to be transferred to the prison aligning with their sex on the basis that it would otherwise be in breach of human rights.