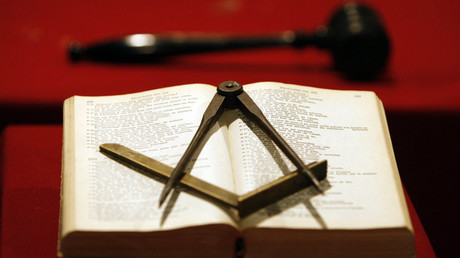 Transgender women should have the right to remain members of the Freemasons but only if they joined as a man, the UK’s largest lodge, the United Grand Lodge of England (UGLE), has said.

UGLE, which was founded in 1717 and has been male-only for centuries, issued new guidance to its 200,000 members in England and Wales, stating that “a Freemason who after initiation ceases to be a man does not cease to be a Freemason”. It added that those who have transitioned from female to male can also apply, reports the Times.

Some conventions of the secret society will remain unaltered. Formal greetings between members, for example, should begin with the prefix “Brother”, so someone who has transitioned from Steven to Stephanie Smith would be “Brother Stephanie” or “Brother Smith”.

During informal interactions they should be addressed “by the name and title he/she has chosen,” the new gender reassignment policy confirms. Appropriate alternatives to the dress code, which could include a “smart dark skirt and top”, would be accepted.

The move has been met with bemusement from some on social media who question whether the centuries old secret society, whose past members include King Edward VII and Prime Minister Winston Churchill, is more progressive on transgender rights than women’s rights.

#FreeMasons get it so wrong! #Transgender women can remain free masons …but women still can’t join. Hence. “We know you are a man really so it ok. You know it too (nudge nudge wink wink) so you can still be one of us. No no no no NO!

Freemasons accept transgender women who joined as men. But not women who were women all along? So anyone in a dress is going to be seen as a transexual person? Maybe not as we are told it is all in the mind. The further this goes the more bizarre it gets. https://t.co/4TYDnA7o3Y

A frequently-asked-questions document attached to the policy states that “No member should be pressured to resign from the Craft because they are no longer male.” The Guardian reports that if members are unhappy with their brother’s decision to transition to a woman, it would be wise to have a “quiet word” with them “to remind them of their Masonic obligations.”

A Freemason, also known to be a senior judge, was asked to explore the legal implications of gender reassignment in anticipation of a possible relaxation of the law, according to the Times. As a single-sex association, lodges are exempt from sexual discrimination legislation on admissions criteria but discrimination against members is a separate issue.

Under the Gender Recognition Act 2004 and the Equality Act 2010 a man who has joined the Freemasons cannot have their membership revoked after becoming a woman because gender reassignment is protected.

A spokesman for the UGLE said: “While there has been no general request for guidance on gender reassignment, questions on the subject are likely to become increasingly common in future, and now appears to be an opportune time to issue general guidance to our members.”