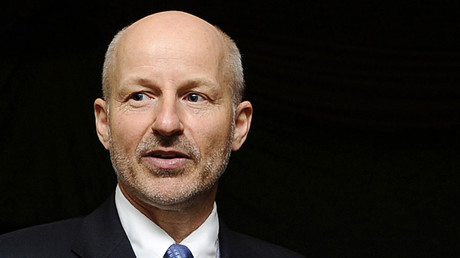 The billionaire behind pro-Brexit think tank The Legatum Institute has been accused of links to Russian intelligence. Curiously though, the organization is linked to a string of analysts who are deeply critical of Moscow.

The Tory MP for the Isle of Wight quoted from copies of security files that allegedly show the New Zealand-born tycoon as an “object of interest”. The documents contained information from Monaco police and French intelligence services, dating back to 2002.

Bob Seeley MP using parliamentary privilege names Christopher Chandler businessman behind Legatum think tank as an object of interest to the French intelligence services on the basis of his links with Russian intelligence. Says 4 other MPs have seen same papers.

“According to the French security services as recorded by their colleagues in Monaco and clearly I am confident that these documents are genuine Mr Chandler is described as having been ‘an object of interest to the DST since 2002 on suspicion of working for the Russian intelligence services’.”

Legatum has robustly denied Seely’s allegation, releasing a statement to rebut the MP’s points. The institute said that the accusations were “unsubstantiated… laughable” and “suggestive of a deeper agenda”.

“We refute in the strongest possible terms the allegation that The Legatum Institute Foundation is aligned with, influenced by, or somehow connected to Vladimir Putin or the Russian state, or has ever been,” the statement said.

Chandler isn’t the only big name linked with Legatum. Anti-Russian advocates and even a senior Tory figure in the Cameron government are tied to the think tank – making Seely’s allegations against the research institute seem even more perplexing.

Legatum employed @anneapplebaum & @peterpomeranzev as lobbyists, at the same time (around 2014) they arguably ignited the “Russia disinformation” panic which has gripped the US & EU in recent years. If Legatum is connected to Russian intelligence, the moon is a balloon. https://t.co/9YdiuE1NlO

Ed Lucas earns a good living from taking aim at Russia, both in academic papers, social media and TV. Among his work for Legatum is a study about Russia titled ‘Winning the Information War’. The Times columnist spends a significant amount of time on Twitter slamming Russia. He retweets others accusing Moscow of fake news, secretive behavior or other dodgy dealings… and Lucas is already writing a book on the Skripal chemical attack.

Anne Applebaum is one of the go-to analysts if you want someone to criticize Moscow. She has been writing about Russia since the early 1990s, and currently co-leads a major initiative aimed at countering alleged Russian disinformation. She has been linked to Legatum since 2011, and has written more than 130 pieces for the think tank in that time.

Soviet-born British journalist Peter Pomerantsev has written papers for the Legatum Institute – notably a piece entitled ‘Winning the Information War’ – a paper “that offers techniques and counter-strategies to combat Russian propaganda”. Born in Kiev, Pomerantsev has always had a chequered relationship with Russia – his father was arrested by KGB agents when he was younger.

This is too rich. Legatum an “object of interest” in French investigation connections to Kremlin intelligence.

and he working for the FSB??!!

the beast will eat itself pic.twitter.com/LgofZeWMFM

Pomerantsev is probably most well-known for his anti-Russian book, ‘Nothing is True and Everything is Possible: Adventures in Modern Russia’, which explores the Russian TV industry, gaining the author – as he objectively states: “access to every nook and corrupt cranny of the country” in “the Putin regime [which] becomes more aggressive”.

As of January 18, Sir Oliver Letwin joined The Legatum Institute as a research fellow. Letwin is one of the most senior names in recent Conservative governments, playing a key role in the coalition and Conservative governments led by David Cameron. Letwin served as Minister for Government Policy and Chancellor of the Duchy of Lancaster.

He leads a key program for Legatum: ‘The World Ahead’ – a new initiative that “examines how the rise of India and China, during the course of the twenty-first century, can transform the lives of billions – ending widespread poverty and fostering a new era of stability and prosperity”.

However you look at it, it’s a strange group of people to be part of a group whose main source of funding is accused of links to Russian intelligence.