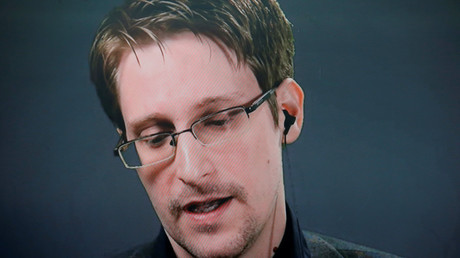 Former NSA analyst Ira Winkler described whistleblower Edward Snowden as a traitor and a sociopath to RT.com, and said the agency needs to seriously revise its staff security training.

Speaking to RT as part of our YouTube ‘Cyber Security Series,’ filmed at the European Cyber Threat Summit in Dublin, Winkler argued that anyone could have pulled off Snowden’s leaking of NSA documents “if they were a sociopath themselves.”

Snowden allegedly accessed classified NSA data on the agency’s mass surveillance program, which he later leaked to the world, by persuading up to 25 workers to give him login keys and passwords.

Winkler said the workers should have been fired for sharing their login credentials. He also criticised NSA access permissions noting that a ‘misuse and abuse’ detection program being implemented at the organization was not rolled out at Snowden’s base.

“Snowden is easily a traitor… You don’t go to China and say Hong Kong has a reputation for free speech – he should have defected to San Francisco using that logic,” Winkler continued.

Winkler, president of security awareness company Secure Mentem and author of Spies Among Us, also debunked the myth of genius hackers and mastermind spies generally, claiming that these cloak-and-dagger operators are not that smart, but simply persistent.

READ MORE: Have no fear of the dark web, an Israeli company is on the case (VIDEO)

“The hackers that are out there, frankly a lot of them might be talented but those are few and far between. The reality though is even the talented ones are just persistent and keep at something time and time again until they get in,” Winkler said.

“They take advantage of things that pretty much anybody on the internet could, they just have a little more knowledge than somebody else.”

Recalling his own time in the NSA, he highlighted staff carelessness over password security despite intensive training. One official with the surname ‘Kirk’ was left stunned when Winkler correctly guessed her password as ‘Captain,’ he said.

Despite outlining the difficulties in tracking the source of a hack, Winkler remains convinced that Russia is behind the alleged hacking of the DNC and the emails of Clinton’s campaign chair, John Podesta.

“You’ve got to give Putin credit for what he’s been able to accomplish. Of course, no one is going to claim involvement. The reality though is it was an incredible coup on his part,” he said.

Winkler added that state sponsored hacking is a given by all parties. “I’d love to think the US is on top of everything… the NSA does have some of the best hacking capability in the world, Russia is clearly second.”

The most dangerous threats in his view are North Korea and Iran as “they’re rogue countries with nothing to lose,” and he believes are the most likely to cause damage.