Former British spy Christopher Steele has been ordered to give a deposition in a US libel case involving a Russian businessman named in the ‘Trump-Russia dossier.’

Steele was responsible for compiling the dossier that alleges President Donald Trump colluded with Russian officials in the lead-up to the 2016 US presidential election. In January last year, businessman Aleksey Gubarev launched legal action against the website Buzzfeed after it published the dossier, which contains a number of claims about him and his companies. 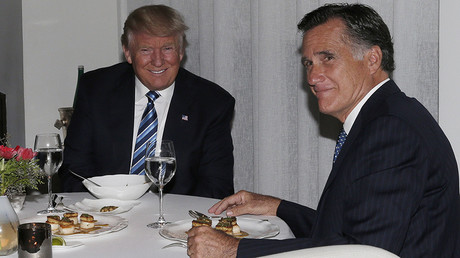 The former MI6 officer had fought Gubarev’s efforts to make him give evidence. However, the High Court in London ruled Friday that Steele must provide a deposition to be used in the libel case which is being heard in Florida.

“The court has rightly ordered that Christopher Steele must now answer under oath the relevant and appropriate questions to be put to him in deposition. I expect the deposition to take place in the next eight weeks,” said Gubarev’s lawyer Steven Loble, according to Reuters.

Meanwhile, Gubarev is suing Buzzfeed and Steele himself in a separate libel case in Britain.

The Steele dossier, partly funded by Hillary Clinton’s election campaign, makes a number of unverified claims about Trump’s links to Russia. It helped kickstart a House Intelligence Committee Investigation, with Democrats alleging that Russia influenced the 2016 election in order to get Trump elected.

Earlier this month, the New Yorker reported that there was a second Steele dossier containing allegations that Trump initially wanted former Republican candidate for president Mitt Romney as his Secretary of State but was vetoed by Moscow.