A former FBI agent in Minnesota has been sentenced to four years in prison and three years of supervised release for leaking documents about the bureau’s practices, some of them classified, to The Intercept.

Albury leaked the documents to The Intercept, which published them in a series titled “The FBI’s Secret Rules,” in January 2017. The series shone a light on the agency’s inner workings post-9/11, including its infiltration of radical groups, its apparent use of racial profiling, and its handling of confidential sources.

As the “only African-American FBI field agent in Minnesota,” Albury’s actions were “driven by a conscientious commitment to long-term national security and addressing the well-documented systemic biases within the FBI,” his lawyers argued in March, when he was indicted.

In a sentencing memo submitted to Judge Wilhelmina Wright, Albury’s lawyers said that “the conflict and depression generated by these routine but soul-destroying events took its toll,” referring to the FBI’s surveillance and policing of the Somali-American community in Minneapolis. 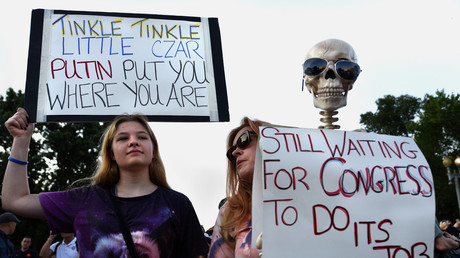 Prosecutors had called for a harsher sentence, arguing that Albury betrayed public trust when he stole over 70 documents, of which 50 were classified.

“This case is not about race. Nor is it about blowing any whistles,” they wrote in a sentencing memo, quoted by The Intercept. “What it is about is the unlawful transmission and retention of classified national defense information by someone who fully understood how wrong his conduct was.”

The FBI became suspicious when it received Freedom of Information Act requests from The Intercept relating to documents that were not available to the public, indicating that the news site had already been given the documents by someone with clearance to access them.

Albury was hired by the FBI in 2001 and became an agent in 2005, according to Minnesota Public Radio (MPR). He was assigned to counter-terrorism and other investigations at the Minneapolis-St. Paul International Airport (MSP).

On three occasions last summer, security cameras at the FBI’s MSP office captured Albury cutting and pasting screenshots of documents and photographing printouts with a digital camera, according to an FBI search warrant application made public after his arrest.

“I sincerely wanted to make a difference and never meant to put anyone in danger,” Albury said in his final statement on Thursday, accepting full responsibility for his actions.

Albury is the second whistleblower prosecuted for leaking government documents to The Intercept this year. In August, former NSA contractor Reality Winner was sentenced to five years in prison for leaking classified information on ‘Russian interference’ in the 2016 election. Working as a translator for the agency, Winner printed out a one-page document and smuggled it in her trousers. The NSA traced it back to her after The Intercept published it with crease-marks intact, suggesting it had been physically carried out of a secure building.

President Donald Trump criticized the Department of Justice for going after Winner, however, calling her case “small potatoes” in comparison to Hillary Clinton’s email server scandal.