Former FBI Deputy Director Andrew McCabe leaked to press in violation of Department of Justice policies and “lacked candor” in discussing the leaks with FBI officials, the DOJ Inspector General said in a damning report.

McCabe authorized the leak to the Wall Street Journal for a story about an ongoing investigation into the Clinton Foundation scandal in 2016. This was revealed last month by the New York Times and the Washington Post, citing sources familiar with the report by DOJ IG Michael Horowitz. The report itself was dated February 2018, but was made public Friday.

Following those revelations, Attorney General Jeff Sessions fired McCabe on March 16, just days before he could retire with full benefits. 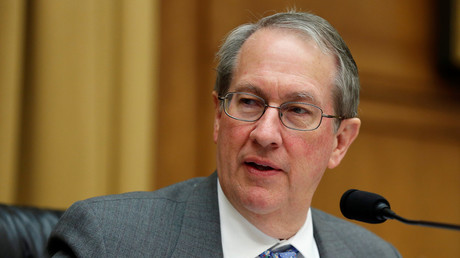 The investigation focused on leaks to Wall Street Journal (WSJ) reporter Devlin Barrett, which resulted in an article published on October 30, 2016, and titled “FBI in Internal Feud Over Hillary Clinton Probe.”

According to the report, the purpose of the leak was to “rebut a narrative that had been developing” about McCabe’s impartiality in overseeing the investigation into the Clinton Foundation. An earlier WSJ story claimed that McCabe hard ordered the investigation to close due to pressure from the DOJ.

“McCabe lacked candor on four separate occasions in connection with the disclosure to the WSJ. Three of those occasions involved his testimony under oath,” the report said. Lack of candor is a violation of FBI rules and a fireable offense.

One of those occasions was when McCabe told then-FBI Director James Comey that “he had not authorized the disclosure and did not know who did,” the report says.  Lack of candor is a violation of FBI rules and a fireable offense.

“I did not authorize this. I would not have authorized this,” Comey told IG investigators. He did not accuse McCabe of outright lying, but said he implied as much through his comments during their meeting about the leaks.

While there is a “public interest” exception for disclosing the existence of ongoing investigations, doing so “in a manner designed to advance his personal interests at the expense of Department leadership, was clearly not within” that exception, the report says.

The leak, which came just days before the November 2016 presidential election, confirmed that the FBI was indeed investigating the Clinton Foundation, something Comey had previously declined to confirm. Two days earlier, Comey had informed Congress in a public letter that the FBI had reopened a probe into Clinton’s email use, which had been closed in July.

The report reveals that McCabe had recused himself from both the Clinton email probe and the Clinton Foundation investigation on November 1, 2016.

McCabe became acting director of the FBI in May 2017, following President Donald Trump’s removal of then-FBI Director James Comey. He held that post until August 1, when Christopher Wray was sworn in as the new director. McCabe has been the subject of controversy over ties to the Democratic Party through his wife Jill, who ran for state office in Virginia in 2015 and received $500,000 from the super PAC of Terry McAuliffe, a Clinton ally and governor of Virginia at the time.