An MP says he will be pushing “very, very hard for criminal charges” against retired GP, Dr Jane Barton, if an inquiry finds that she is responsible for ‘hundreds of deaths’ at Gosport War Memorial hospital in Hampshire.

Stephen Lloyd, the Liberal Democrat MP for one of the victims in Eastbourne, says that if it is true that Barton prescribed fatal doses of diamorphine – a powerful opiate painkiller – to patients at the hospital, near Portsmouth, then he would be pushing for criminal charges.

Bishop Jones, who was chairman of the Hillsborough Inquiry, has been leading a panel conducting the independent government inquiry into the suspicious deaths. He will notify the families of the results of his investigation in a closed session at Portsmouth Cathedral on Wednesday. 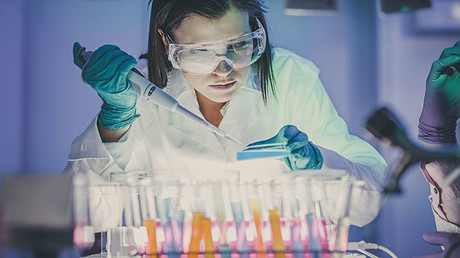 Lloyd is a supporter of Gillian McKenzie, whose mother Gladys Richards died suddenly in 1998, after she was transferred to the Gosport hospital, following a hip operation.

He told the Telegraph: “If this is true, not only would I expect charges to be brought, I will lobby for it actively in parliament. I will be tabling an early day motion the following day and pushing very, very hard for criminal charges, if the report is as suggested,” the Liberal Democrat MP added.

Following a £13 million investigation, the doctor is expected to be named as the individual thought to be responsible for the shortening of hundreds of lives, according to a report in The Sunday Times. It is not suggested that Dr Barton is guilty of murder.

Inquests in 2009 and 2013 into 11 of the deaths ruled medication prescribed by Dr Barton had contributed to six patients dying.

Barton was found guilty of “multiple instances of serious professional misconduct” by the General Medical Council (GMC) in 2010, but was not struck off the GP register, retiring soon after.

Evidence heard at the fitness to practice panel, centered around her “intransigence and worrying lack of insight” into the effects of her actions and her inability to “recognize the limits of her professional competence”.

Bishop Jones’ inquiry examined 833 death certificates signed by Dr Barton during her time at the hospital. 92 cases have already been looked into by police, but the number of people who died under suspicious circumstances is expected to exceed this number. The previous investigation conducted by the police has left a number of “unanswered questions” and has led to accusations of a cover-up.

Commenting on the upcoming report, Dr Barton said: “I don’t know what will be in the report, but I don’t think it will be very pleasant. I’ve never spoken to the Press about what happened and I don’t plan to now,” according to the Sun.