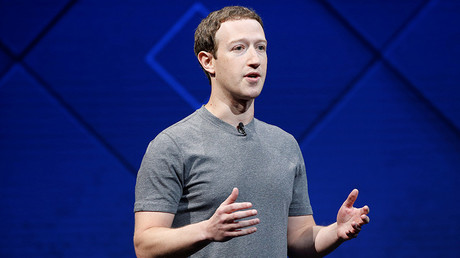 Facebook founder Mark Zuckerberg issued a public apology for how his work has been used to divide people across the world, while promising to do better in future.

Zuck posted his apology on Yom Kippur, the holiest day of the year for Jews across the world, which is typically seen as a time for reflection and atonement for one’s past transgressions.

Facebook, like many other tech giants including Google, has grappled with the issue of ‘Fake News‘ since the highly polarizing 2016 US presidential election.

Facebook and Zuckerberg have been to the forefront of debates over censorship, freedom of speech and the dissemination of fake news in recent months but have also recently become embroiled in the so-called ‘Russiagate’ scandal after it “emerged” that Russians also buy advertising space on the social media platform.

Zuck will submit the ‘offending ads’ to Congress, while promising to do better when it comes to healing political and cultural divisions visible on his platform in what could be seen as mixed messaging.

On September 27, Zuckerberg also acknowledged that the alleged “Russian interference” in the US elections via Facebook advertising was blown entirely out of proportion.

“Campaigns spent hundreds of millions advertising online to get their messages out even further. That’s 1000x more than any problematic ads we’ve found,” he wrote.

However, he stopped short of any meaningful retraction, opting instead to use the opportunity to further his political platform for a rumored run at the White House in 2020.

“After the election, I made a comment that I thought the idea of misinformation on Facebook changed the outcome of the election was a crazy idea. Calling that crazy was dismissive and I regret it,” Zuckerberg said.