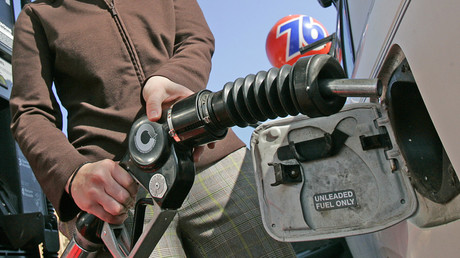 It’s second nature for most divers, but for the people of Oregon the prospect of lifting the handle, taking off the fuel cap and pumping their own gas is a hugely distressing thought.

A law introduced on New Year’s Day which allows residents of the Beaver State to pump their own gas has been met with panic and outrage among Oregonians. Up until now, the state was just one of two in the US that forbade them to do so.

Understandably, they have also come in for a good bit of ridicule on social media. A poll posted to Facebook by local TV station KTVL posed the question: Do you think Oregon should allow self-serve gas stations statewide?

The post quickly went viral, generating around 52,000 comments, 34,000 likes and over 60,000 shares. Many of the commenters were concerned about the hazards of pumping their own gas like. One user, Tina Good, wrote: “Many people are not capable of knowing how to pump gas and the hazards of not doing it correctly. Besides I don’t want to go to work smelling of gas when I get it on my hands or clothes. I agree Very bad idea.”

These kinds of contributions to the debate provoked much mockery from netizens, and it wasn’t just confined to Facebook.

Sorry NJ not so fast 😜

Dear #Oregon : I have been pumping gas since I was 7. I think you can handle it. Some tips:
1. Turn your car off
2. Don’t squeeze the handle until the nozzle is inserted
3. Don’t forget to replace the gas cap
You’ve got this.

I have been pumping gas for 15 years and have yet to be doused in gasoline or kidnapped by a transient. ⛽️#Oregon