A former friend of teenage Florida gunman Nikolaz Cruz repeatedly warned their school of his disturbing behavior. Ariana Lopez claimed Cruz had sold knives at school and sympathized with terrorists in Syria.

“He used to sell knives out of his lunchbox, which I thought was like insane because you can’t have knives … [in] a school,” said Lopez, who escaped death in last Wednesday’s shooting by hiding in a closet. “He would talk about how he sympathized with Syrian terrorists and how people who opposed them should be killed.” 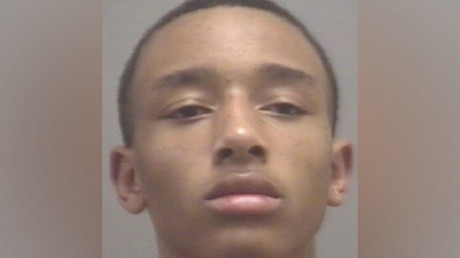 19-year-old Cruz was charged with killing 17 people during his assault rifle rampage at the school in the town of Parkland, north of Miami, last Wednesday.

“The caller provided information about Cruz’s gun ownership, desire to kill people, erratic behavior, and disturbing social media posts, as well as the potential of him conducting a school shooting,” the FBI said in a statement.

“Under established protocols, the information provided by the caller should have been assessed as a potential threat to life,” the bureau said. “We have determined that these protocols were not followed.”

“When members of the public contact us with concerns, we must act properly and quickly,” Wray said, promising to “get to the bottom” of his organization’s fatal oversight.