A Florida agency in charge of vetting applicants for concealed gun carry permits didn’t run tens of thousands of them against an FBI database, as an employee could not log in. The state saw a spike of applications at the time. 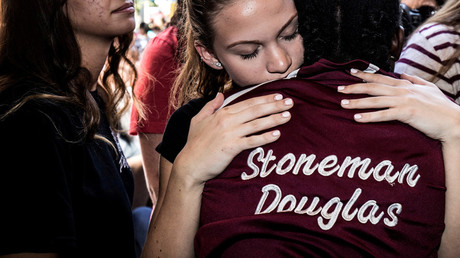 The news, which has sent shockwaves across Twitter, is now being leveraged by Democrats and anti-gun advocates against Florida Agriculture Commissioner Adam Putnam, who is running for Governor. In Florida, the Department of Agriculture is responsible for carrying out background checks for gun licenses.

The revelation stems from a report compiled by the Office of Inspector General in July 2017, which found that, from February 2016 to March 2017, a Division of Licensing employee in charge never used the National Instant Criminal Background Check System (NICS) that ensures deadly firearms do not end up in the wrong hands

The system shows whether an applicant has a criminal record or is otherwise disqualified from buying a gun. A total of over 230 million checks have been made using the system so far, resulting in 1.3 million denials.

While the investigation dates back to last year, the report was only made public on Friday through a records request by The Tampa Bay Times.

The report states that DOL manager Lisa Wilde, who was supposed to use NICS, was having trouble logging in to her account at the database. While she initially contacted the Florida Department of Law Enforcement (FDLE) in an attempt to resolve the issue, this effort was short-lived, as she never made a follow-up call after a brief email exchange. 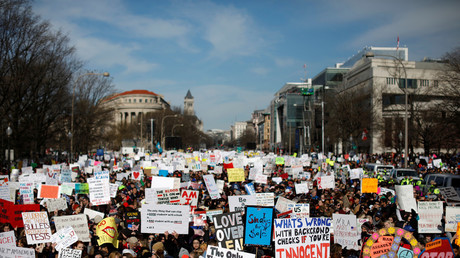 Wilde, who was found to be “negligent” by the investigators, admitted her fault, telling The Times that she was pressured into processing applications as fast as possible and “dropped the ball” on her other duties. She then claimed that when she was entrusted with the database in 2013, she was only a mailroom employee. “I didn’t understand why I was put in charge of it,” she added. The investigation found that last time she accessed the database was February 26, 2016. However, no one seemed to be bothered with the drop in denials for over a year, until the Bureau of License Issuance (BLI) chief sounded the alarm over the lack of any recent requests in late March 2017.

While there are no statistics as to exactly how many applications went unchecked during that time, it may be well over 260,000, as within the fiscal year from July 2016 to June 2017, a total of 268,000 applications were approved, while 6,470 were denied.

Putnam, who has portrayed a massive increase in concealed weapon license holders as his major achievement, has come under fire following the revelation, with anti-gun violence activists and Democrats calling on him to drop out of the race over a “gross dereliction of duty.”

Many pointed out that Putnam tweeted he was a “proud NRA sellout” a month after the investigation was concluded and submitted to his office.

The NRA says the solution to gun violence is not more gun control legislation, but proper enforcement of existing laws.

Where are the calls for his resignation @NRA?

“Shockingly irresponsible – for over a year, #FL failed to run proper background checks for concealed carry permits. This is unacceptable & could have put many Floridians in life-threatening danger,” a Twitter user wrote.

I agree. This is a gross dereliction of duty. Adam Putnam either didn’t know, or didn’t care, that tens of thousands of background checks were not performed for concealed carry permits.

How could he be trusted to run the 4th largest state? https://t.co/ih5y6lQP8s

Announcing his gubernatorial bid in January, Putnam said that he made Florida “No 1 for law abiding citizens exercising their Second Amendment rights.”

“There are now 1.8 million active conceal weapon license holders in Florida, No. 1 in the nation, up from 800,000 before I came in (to the Agriculture Department),” he boasted.

Responding to the criticism, Putnam’s office said that the agency promptly took measures to rectify the error, “immediately” reviewing 365 applications, and 291 permits were annulled as a result.

Some pointed out that the negligence of one employee in Florida might have endangered lives in other states, as a concealed carry permit issued in Florida is also valid in 36 other states.

Putnam didn’t just put Floridians at risk by issuing concealed carry permits w/o b-checks. A Florida concealed weapon license is valid in 36 other states, including:

The Department, meanwhile, said that it “immediately” fired the employee after becoming aware of her non-compliance with the procedure, and it “thoroughly reviewed every application potentially impacted.”

It said that the FBI database was mainly used to check for “non-criminal disqualifying offenses,” and that the criminal background checks, while available through the FBI system, were conducted via other databases that continued to be available to the employees.

The number of concealed carry permit applications surged in the wake of the Pulse nightclub shooting, which left 49 people dead and 53 injured after gunman Omar Mateen opened fire on revelers on June 12, 2016. While 54,045 new applications were filed in June and July a year before the massacre, that number rose by nearly 24,000 for the same two months in 2016.