A UK-based fishery risks being embroiled in legal action after banning access to Eastern European fishermen. This, after The Field Farm in Oxfordshire put up a sign saying “No Polish or eastern bloc fishermen allowed.”

Polish angler Rado Papiewski, 35, has now launched a crowdfunding campaign to take legal action against the fishery based near Bicester. He claims the “disgusting” sign is unlawful, and discriminating on the basis of race. 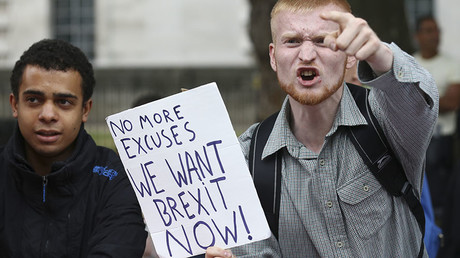 Placed in an idyllic English countryside setting, the controversial sign reads: “No vehicle access. No Polish or eastern bloc fishermen allowed. No children or dogs.”

Papiewski has now decided to challenge the fishery after calls for a police investigation were rejected. Repeated written attempts by Papiewski and the Equality and Human Rights Commission (EHRC) to get the sign removed were also ignored.

“I proposed some other solutions to the fishery owner only to be told that sign is there to stay he won’t let me fish his venue as he does not allow any migrants to fish it,” the Polish fisherman said on his crowdfunding page.

“This disturbing sign should have never been displayed as it clearly discriminates against people from Poland and other eastern European countries,” he added.

The angler said he was “shocked” after he visited the fishery and was denied access by the owner, amid accusations that Polish and Eastern European anglers stole from him.

While Eastern European fishermen are used to being able to keep their catch, British rules impose on anglers to return the fish to the water straight away. 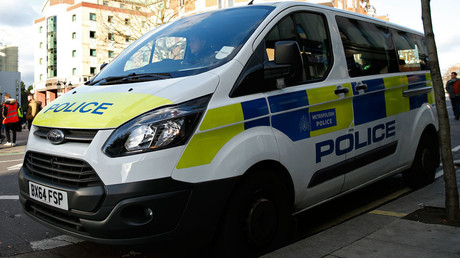 Papiewski, who claims he works to inform fellow anglers about British rules and traditions, needs £11,000 to start proceedings, which are being sought on the grounds that the sign may constitute a breach of the Equality Act 2010.

“When I first saw it I thought of my 10-year-old son who loves angling. How could I say to him you can’t fish here because your dad was born in Poland?” he said, the Guardian reports.

His solicitor, Alex Peebles said: “The sign displayed by the business demonstrates clearly that they are refusing to provide their services to certain people, purely on the basis of their race and/or nationality.”

“Race and nationality are protected characteristics under the Equality Act.”
An EHRC spokesperson said: “This type of sign should be a thing of the past.

“Banning people from services based on their race or nationality is discrimination and unlawful.

“It’s right to challenge such out of date practices and any business that believes this is acceptable should think again before they find themselves facing legal action,” it said, according to the Guardian.