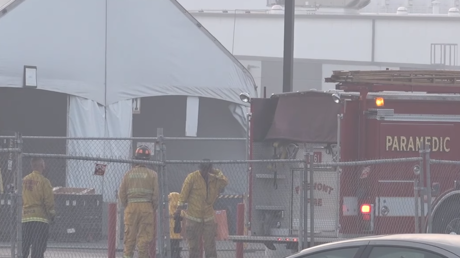 A fire lit up a Tesla production plant in Fremont, California, with videos showing billows of black smoke rising from the factory.

The fire reportedly broke out at around 5:30pm on Thursday. Elon Musk, the company’s CEO, said that there were no injuries or damage to the factory thanks to the “fast response” of the Fremont Fire Department.

However, the incident was complicated by the fact that power lines in the area had also caught fire along with the power pole, Fremont Fire Division Chief Doug McKelvey told local media.

I was just there. Cardboard being prepped for recycling along southern fence line caught fire. Super appreciate fast response by Fremont fire dept! No injuries or damage to factory.

The fire was extinguished around an hour after breaking out.

Officials said that fire inspectors have been called to the scene to determine the cause of the blaze.