Brexit isn’t all bad for the financial sector. Britain could be about to roll back the cap on bankers’ bonuses once all that pesky EU red tape is out of the way. It’s like the financial crisis and years of austerity never happened.

Current EU rules mean bankers’ bonuses can only go as high as their basic salary, or double that if the shareholders provide special approval. Luckily for them, according to 2015 data, the average annual salary for workers at UK branches of Goldman Sachs was a cool £815,248 ($1.1 million).

The bonus cap was introduced in 2014 after pressure from the EU. Bankers were awarding themselves astronomical bonuses to compliment salaries so high they’d give you a nosebleed… even though the UK was on the verge of ruin during the 2008 financial crisis. Britain challenged the regulation in the courts, but eventually bowed to pressure and the caps were introduced in the UK. 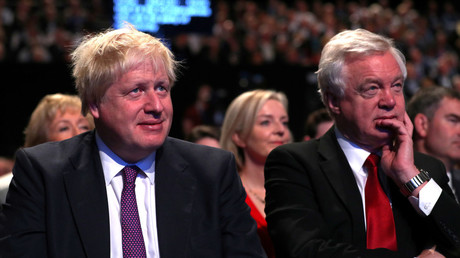 Last month, ex-PM Gordon Brown claimed that bankers should have been thrown in the slammer for dishonest and fraudulent behavior during the 2009 crisis. In an extract from his memoirs, Brown condemned the bankers for their role during the financial crisis that led to the UK’s worst postwar recession.

“If bankers who act fraudulently are not put in jail with their bonuses returned, assets confiscated and banned from future practice, we will only give a green light to similar risk-laden behavior in new forms,” Brown said. “2009 has proved to be the turning point at which history failed to turn. Dividends and bankers’ pay today represent almost exactly the same share of banks’ revenues as before the crisis hit.”

Now Bank of England (BoE) Governor Mark Carney has hinted there could be a shake-up of EU-imposed rules for insurers, banks, and building societies. “There are things we don’t think are necessary. There are areas where we would make changes, but within the context of maintaining the overall levels of resilience,” he said.

Carney was speaking at an event in London on Wednesday to celebrate the second birthday of the Fixed Income, Currencies and Commodities Markets Standards Board. He suggested the UK could double the financial services sector from 10 times its GDP to up to 20 times in the coming decades.

If the cap is repealed, financial institutions would have the power to charm bankers from the EU, attracting them with better pay and a potentially unlimited bonus structure; solidifying the UK as Europe’s financial powerhouse for the decades to come.

Carney’s comments come in the wake of calls from pro-leave politicians for an EU-regulation scrap heap to make the UK more globally competitive.