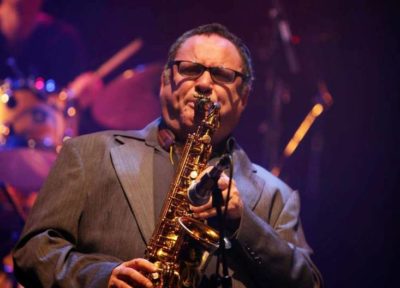 More facts have come to light in the case of Gilad Atzmon and his banning by the Islington Town Council from performing at a jazz concert on December 21, 2018. The original scenario was that one e-mail from one person calling Atzmon an antisemite somehow persuaded the Islington council to take the drastic step of removing Atzmon from a town-owned venue. Many who heard the story felt this was a rash decision which would surely be reversed when the facts were brought to light. But the Council voted to uphold its decision and Atzmon was indeed not allowed to play.

Now it appears that the single complainant – Martin Rankoff –  was not just an anonymous fan of Israel but the UK director of Likud-Herut. Herut (or ‘freedom’) was Israel’s founding nationalist party from 1948 until it later merged with Likud. It is a militant and extreme Zionist organization whose roots go in a straight line from Ze’ev Jabotinsky and Menachem Begin up to Benjamin Netanyahu today. Jabotinsky and Begin helped form the Irgun terrorists in 1937. Irgun committed notorious massacres in Palestine leading up to and during the Nakba (or ‘catastrophe’) of 1947-1948. These include the bombing of the King David Hotel in Jerusalem in 1946, killing 91 people, and the massacre at Deir Yassin in 1948 in which 254 unarmed Palestinian villagers were brutally murdered as an incentive for other Palestinians to leave. On its web site Likud-Herut UK lists Jabotinsky and Begin as…