A North Miami Beach Police officer has been charged with aggravated battery and relieved of her duty, after an apparent revenge assault against a woman who was eight months pregnant.

On Wednesday afternoon, officers responding to street violence went on to arrest their fellow colleague, 26-year-old Ambar Pacheco. She was witnessed kicking a pregnant woman, Evoni Murray, in her stomach near Espanola Way and Washington Avenue shortly after 8:30 pm local time. Pacheco was off-duty and not in uniform when the alleged incident unfolded.

Pacheco, who joined the police force less than a year ago, did not deny the attack on a “visibly pregnant” 27-year-old woman, but said she was forced to retaliate after Murray’s boyfriend, Joseph Predelus Jr., punched the police officer’s sister, Mikaela, in the face. “I saw red and beat the sh**t out of her,” Pacheco told the responding officers, the arrest report says. 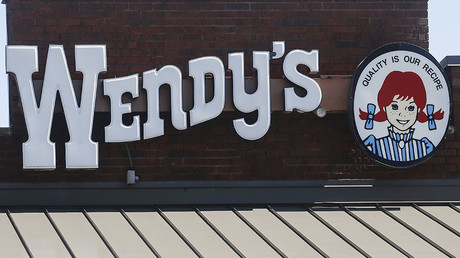 While it is not clear what started the brawl, Predulus and Murray believe the attack was unprovoked and might have been caused by the off-duty officer being drunk at the time of the assault.

“We were walking down the sidewalk enjoying the night and we saw them,” Murray told CBSMiami. “These girls were crying. Then they thought we were talking about them, which was not true. They got belligerent and tried to jump because they thought I said something. If it weren’t for Joseph it could have been a lot more serious.”

“They probably was drunk,” 40-year-old Predulus told Channel 7 News Miami. “I was talking to my baby mother, said she was so emotional, and the girl figured that she was talking to them. Like I said, she came towards, talking about, ‘What that be said?’ and then tried to attack her.”

“I never did no kicking, nothing. I never touched nobody,” Predulus added in his defense. “All I did was defend my baby mother and a child. To me, I don’t put my hands on women and that’s how it should be, especially a pregnant woman too.”

After the officers arrived at the scene they saw Murray suffering severe pain in the stomach area, possibly caused by premature contractions. While the cops arrested Pacheco, the pregnant victim was rushed to Mount Sinai Hospital, where she gave birth to a healthy baby boy, Joe, whose due date had been August 4.

Pacheco, who worked as a uniformed patrol officer, was charged with an aggravated battery which carries a maximum 15 years prison sentence, 15 years’ probation and a $10,000 fine. North Miami Beach Police Department have relieved the 26-year-old from her duty pending an internal investigation.