US regulators are investigating complaints that steering wheels in Ford Fusion vehicles can come loose or fall off. The award-winning mid-size sedan has been investigated before and faced recalls for other safety problems.

The National Highway Traffic Safety Administration (NHTSA) opened up the investigation after receiving three complaints of bolts becoming loose, including one steering wheel completely detaching and falling into the driver’s lap while turning into a gas station.

Ford is cooperating “with the agency on its investigations, as we always do,” the company said in a statement on Friday. Its shares fell 2 percent in morning trading to $12.03.

Investigators will determine how often the problem happens and how many vehicles are affected and will assess the safety consequences of the problem. No recall has been issued yet.

This is not the first time NHTSA has investigated Ford Fusions. In June 2010, the agency began an investigation into gas pedals getting jammed under floor mats, affecting as many as 249,301 cars. The agency issued an advisory for Fusion owners not place any unsecured floor mats on top of the carpeting on the driver’s footwell. 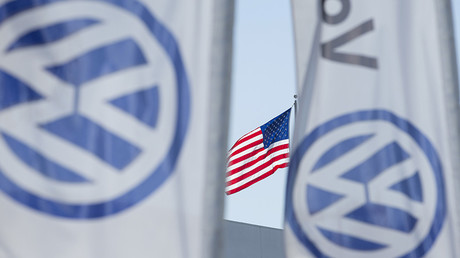 In 2012, Ford recalled about 90,000 vehicles from the 2013 series in the US and Canada, because their 1.6-liter engines were overheating and causing fires. The recall came after Ford received 13 complaints, according to Auto Week.

Another fire-related recall happened earlier this year, when Ford recalled 2013-2014 models with 1.6-liter Ecoboost engines over a fire hazard due to “lack of coolant circulation,” the Detroit News reported.

In October 2014, the NHTSA opened an investigation into the steering subsystem used in Fusions built between 2010 and 2012, in response to 500 complaints where motorists reported the sudden loss of power steering while driving. An estimated 93,000 vehicles were included in the investigation, which is still ongoing, according to USA Today.

Steering wheel recalls are rare but not unprecedented. Ford issued a recall for 2011-2012 Fusions in May 2015, due to the need for a software update and steering replacement due to a malfunctioning sensor.

The popular four-door sedan is manufactured at Ford’s plant in Sonora, Mexico. It comes in three variants: gas, hybrid and fully electric.