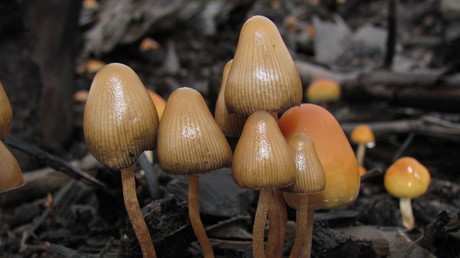 Psychedelic drug researchers can now begin providing psychiatric patients with psilocybin, the active ingredient in magic mushrooms, as part of their therapy in a landmark approval by the US Food and Drug Administration (FDA).

Psilocybin therapy for treatment-resistant depression, which covers roughly 50 percent of patients diagnosed with clinical depression in the US, has been granted a “Breakthrough Therapy designation” by the FDA in a landmark decision, essentially admitting that the drug has shown significant potential in early clinical evidence.

“The Breakthrough Therapy designation is a strong endorsement for the potential of psilocybin therapy,” Robin Carhart-Harris, head of the Psychedelic Research Group at Imperial College London said in a press release.

The Breakthrough Therapy designation was created in 2012 to expedite approvals for drugs that display a clear advantage over a currently available alternatives used to treat serious or life-threatening conditions. While it does not necessarily guarantee that a drug will make it to market, it does indicate that the administration believes further research would be beneficial.

“This is great news for patients. We are excited to be taking this work forward with our clinical trial on psilocybin therapy for treatment-resistant depression,” said George Goldsmith, the executive chairman of Compass, in a statement.

Researchers have suggested a rescheduling down to Schedule IV, the category that includes drugs like Xanax and Ambien. For context, opioids used as prescription painkillers are currently considered Schedule II drugs; medically helpful, but with the high potential for abuse.

The FDA has not offered any official comment on the decision as of yet, citing the confidential status of Breakthrough Therapy applications.

Psilocybin is currently undergoing clinical trials and if it passes those the FDA will be forced to change the drug’s restrictive Schedule 1 control status (the most restrictive under US law, classifying a drug as highly addictive and of no medicinal use).

The most notable reclassification debate in recent times followed the landmark approval of Epidiolex, the first-ever marijuana-derived medicine. The FDA recommended the reclassification of marijuana but the DEA resisted, opting instead to reschedule Epidiolex specifically but nothing more.

“We should be clear that psilocybin is not without risks of harm, which are greater in recreational than medical settings,”says Matthew Johnson from Johns Hopkins, “but relatively speaking, looking at other drugs both legal and illegal, it comes off as being the least harmful in different surveys and across different countries.”