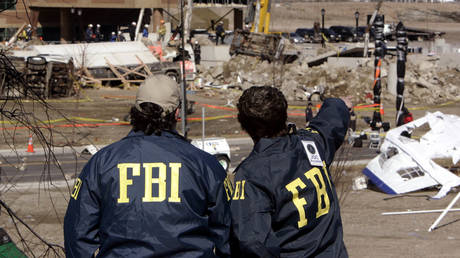 The FBI agents are ringing alarm bells over being unable to afford drug bust operations, pay for informants, and even phone cards and paper amid the longest US government shutdown in history, now on Day 33.

As federal agents brace themselves for another month without a paycheck, their long-time confidants are quitting – because unlike federal staff, they don’t work for free, the report says. Issued by advocacy group the FBI Agents Association (FBIAA), it cites dozens of anonymous accounts from the agency’s personnel cross the country.

Not being able to pay informants “risks losing them and the information they provide forever. It is not a switch that we can turn on and off,” says one official quoted.

Also on rt.com
US attorneys say criminals may be roaming free as govt shutdown slows investigations


The report claims that the units investigating MS-13 street gang have been left helpless with their Spanish-speaking sources, as they can’t afford to hire interpreters. The drug task forces allegedly keep putting off the narcotics busts as they are running out of funds to pay for undercover heroin and meth purchases. Budget shortages also mean lack of staples such as copy paper and car parts.


Meanwhile, the agents deployed abroad say the FBI owns them thousands of dollars of reimbursements.

The Bureau has officially distanced itself from the paper, saying that a “nonprofit professional association” was behind it and that it “was not issued by the FBI.”

Negotiations between US President Donald Trump and congressional Democrats on $5.6 billion in funding for a wall along the US-Mexico border have been stalled since December 22, causing as partial government shutdown that has now lasted for over a month. It has become the longest shutdown in US history, affecting some 800,000 federal employees and surpassing the 21-day record set under the Clinton administration in 1996.