Media organizations suing the FBI for information about software used to access the San Bernardino terrorist attacker’s iPhone are saying the Bureau is unreasonably refusing to disclose the identity of the vendor and the cost involved.

AP, Vice Media and Gannett sued the FBI in September 2016, demanding a Freedom of Information Act (FOIA) disclosure of information related to the mystery vendor and the software used to access the iPhone belonging to Syed Rizwan Farook, one of the suspects in the 2015 San Bernardino terrorist attack.

Last month, the Department of Justice responded to the suit by providing “heavily redacted” records that lacked “critical details” requested in the lawsuit, AP said on Tuesday.

In a filing to the US District Court in Washington on Monday, the three media organizations contested the government’s argument that release of the information could be used by “hostile entities” to develop countermeasures and “severely damage” FBI’s ability to gather intelligence and track down hackers. 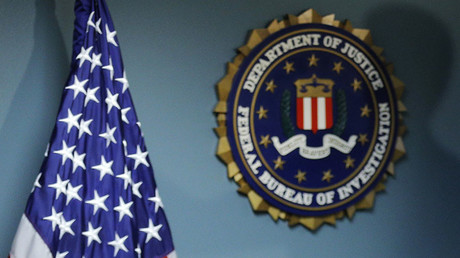 “While it is undisputed that the vendor developed the iPhone access tool, the government has identified no rational reason why knowing the vendor’s identity is linked in any way to the substance of the tool, much less how such knowledge would reveal any information about the tool’s application,” lawyers for the plaintiffs wrote in the filing.

Noting that the news organizations never sought information about how the software worked, the lawyers argued the FBI was improperly invoking national security exemptions to the FOIA.

“Release of this information goes to the very heart of FOIA’s purpose, allowing the public to assess government activity — here, the decision to pay public funds to an outside entity in possession of a tool that can compromise the digital security of millions of Americans,” the lawyers wrote.

The FBI famously tried to compel Apple to provide “backdoor” access to Farook’s device. Apple resisted, arguing that doing so would endanger the privacy of millions of iPhone users. FBI dropped the matter in March 2016, after a mysterious third party offered to provide software that would grant them access.

The government has refused to disclose how it obtained the software or how much it paid. According to AP, FBI Director James Comey made a passing remark in April 2016 that it cost more than he would be paid over seven years, or approximately $1.3 million.

Citing unnamed government sources, Reuters reported last April that the software cost just under $1 million, but that the FBI didn’t know how the hack mechanism works. The vendor’s identity was so secret, even Comey himself was not privy to the information, according to Reuters. However, the agency reported that the software likely came from the Israeli company Cellebrite.

Comey has repeatedly called for US tech companies to provide the authorities with “backdoor” access to encrypted communications, using the San Bernardino case as a prime example of why it was necessary.

Farook and his wife, Tashfeen Malik, killed 14 people in December 2015, before dying in a shootout with police. The FBI has not disclosed if the search of Farook’s iPhone recovered any information useful to the investigation.