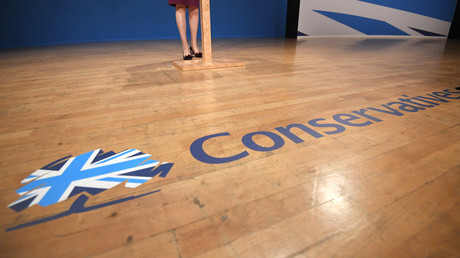 The family of Elliot Johnson, a Tory activist who committed suicide in 2015, has launched legal actions against “individuals and organizations” related to the Conservative Party.

Johnson, 21, was found dead on railway tracks in Bedfordshire after making allegations of bullying and intimidation by senior figures within the Conservative Party. In the months that followed Johnson’s death, Tory figures came under pressure after it emerged that the party had failed to act on the complaints.

“It’s been two and a half years now and we are still fighting for the truth. We have hired a lawyer and a barrister now to help us get justice for Elliott,” Ray Johnson, Elliot’s father, told the Evening Standard.

An inquest into Johnson’s death heard that Mark Clarke, a former Conservative parliamentary candidate, had acted in an intimidating and “potentially criminal” manner toward young volunteers, causing one female volunteer to have a nervous breakdown, according to The Telegraph.

The coroner also heard that Johnson had written to his employers, the think tank Conservative Way Forward, with details of an alleged altercation with Clarke in August 2015, during which his superior is said to have pinned him to a chair and threatened to destroy his career. Clarke, who has now been expelled from the party, has consistently denied any wrongdoing.

Johnson’s parents have repeatedly complained about the Conservative Party’s handling of an internal party report into bullying, which identified 13 alleged victims of Clarke’s behavior, and six accusations of “sexually inappropriate behavior.” Johnson’s parents say they have not been provided with access to the report.

“We will be taking civil action against certain individuals and organizations as part of that legal action,” Ray Johnson said. “We will again be demanding access to the report.”