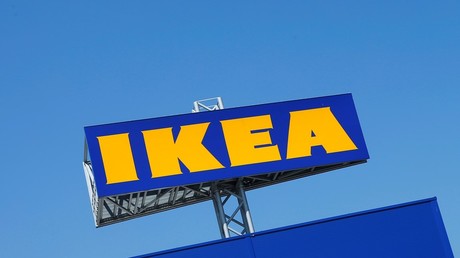 Ikea turned innkeeper on Tuesday when around 200 people, stranded for hours by a serious car crash near Dartford in England, were given a place to get comfortable while the massive tailbacks subsided.

As emergency services rushed to a collision involving two large trucks and car, the M25 motorway had to be closed, resulting in intense gridlock in the area.

It’s now emerged that Ikea’s Thurrock store, located a few minutes from the scene of the incident, offered to take in stranded shoppers and commuters during the long delays.

A number of people have taken to social media to report their experience of the unusual gesture by the Swedish furniture giant. One image shows a mother and daughter resting in an Ikea bed.

One person who took up Ikea’s temporary accommodation offer was Natasha Boardman. Tweeting in the aftermath of the crash, she said she was “checking in” to the Swedish furniture company store. Boardman later posted an image of man lying on an Ikea bed.

Artist Esther Rolinson also took to social media to talk about her ‘stay’ at Ikea, telling followers about how she spent the evening using felt tip pens and eating meatballs with her daughter at the store.

My daughter & I are trapped in ikea due to crash on M25…5hrs +counting ..colouring in is saving our sanity..just…thank god for felt tips, rainbows and unicorns ..I can never face a meatball again 😝 scroll to see a portrait of me when I’m old ..😂..scary! pic.twitter.com/0IWgZkxcXK

It’s understood that Ikea opened the store later than normal to accommodate its guests but people did not have to stay at the premises overnight as the road was cleared later on Tuesday.