There’s been no order from the US president to begin withdrawing troops from Afghanistan, a White House official has said, disavowing media reports suggesting Donald Trump was willing to bring the American contingent home.

Trump “has not made a determination” to scale down the US military presence in Afghanistan, and he “has not directed the Department of Defense to begin the process of withdrawing US personnel from Afghanistan,” Garrett Marquis, a spokesman for the National Security Council (NSC), said in an emailed statement to Bloomberg. 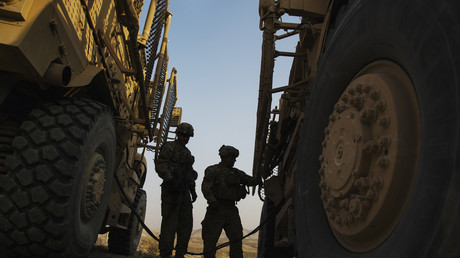 It comes amid speculation that Trump was losing patience with US involvement in the 17-year-long Afghanistan war, and that it was only a matter of time until troops were withdrawn. Last week, ABC News reported the president had grown increasingly frustrated over the Afghan stalemate.

Reuters followed suit, saying that Trump told an internal meeting last Wednesday: “What are we doing there? We’ve been there all these years.” On the same day, Trump reportedly raised the matter with the outgoing Defense Secretary Jim Mattis, Secretary of State Mike Pompeo, and National Security Advisor John Bolton.

Other reports even contained details of the time frame for leaving Afghanistan. While ABC News reported that troops might withdraw “in the coming weeks,” NBC News, citing two other defense officials, said no decision had yet been made and that the Pentagon is likely to present available options “shortly after the new year.”

However, General Scott Miller, the US commander of Western-led forces in Afghanistan, said on Sunday that he hadn’t received any instructions to change troop levels in the war-ridden country – a statement that the NSC appeared to retrospectively confirm.

Another top military commander, Joseph Dunford, chairman of the Joint Chiefs of Staff, warned that another 9/11-like attack would be possible if US forces leave Afghanistan. The general claimed that US troops are essential to containing the Taliban and backing the Western-trained Afghan National Army.

The Afghan stalemate seems to have become a major headache for the Trump administration, but the absence of a clear exit strategy makes pulling the troops out extremely challenging. Washington’s envoys have engaged in low-key talks with Taliban emissaries, but there have been no groundbreaking results so far, as the insurgent movement is demanding that the US and Western forces leave Afghanistan immediately and unconditionally.

READ MORE: Military defeats push Kabul into talks with Taliban as US seeks way out from Afghan stalemate

Meanwhile, a majority of US veterans – 64 percent – want to see “some or all” of the 14,000 US troops stationed in Afghanistan home within five years, a YouGov poll revealed in October. Nearly three-quarters (73 percent) of veterans do not think the war has been a success for the US, an opinion shared by 68 percent of the general public.