Facebook’s strategy to provide “alternative facts” to combat “fake news” will only result in political censorship that will cater for the interests of the Democratic Party, the Libertarians’ presidential hopeful told RT.

“In the case of misinformation, what we do is we refer it to third-party fact-checkers. We don’t think we should be the arbiter of what’s true, what’s false, and we think that’s really important,” she told the lawmakers examining alleged Russian interference in US elections. “If it’s marked as false, we dramatically decrease the distribution on our site, we warn you if you’re about to share it, we warn you if you have shared it, and importantly we show related articles next to that so people can see alternative facts.” 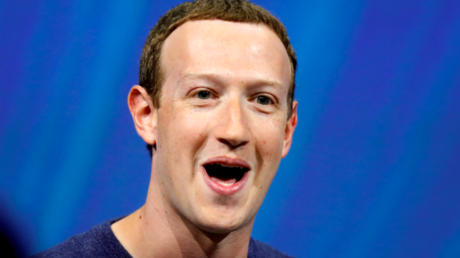 Puzzled by her choice of words, many tried to decipher the hidden meaning behind Sandberg’s “alternative facts.” But whatever the actual meaning behind the phrase, Facebook will simply continue to screen out political voices in favor of the Democratic Party, according to Arvin Vohra, 2020 presidential hopeful for the US Libertarian Party.

“Maybe it is a slip of the tongue, maybe it is something worse, but really what we’re seeing is somebody who is pretending to try to provide fair and balanced media and is instead just going along with the status quo that generally supports, by and large, the Democratic Party,” Arvin explained.

The company began fact-checking news on its social media platform last spring, with help from ‘independent’ third-party fact-checkers, including agencies such the Associated Press and AFP. However, if these entities are meant to tailor to “alternative facts,” they will often spread inaccurate information, Arvin believes, noting, for instance, that the Libertarian Party was hardly mentioned by the mass media during the last presidential race.

“Facts are facts. Alternative facts, as far as I know, are just lies. When you have someone who is talking about trying to provide balanced information and they are taking zero steps to correct large and huge imbalances in political media reporting, then it is really hard for us to take it seriously,” the politician said. “Right now, what we are seeing in the media is just inaccurate news. We’re seeing just basically huge important areas left out entirely.”