Social media giant Facebook has introduced a clever new method of tamper-proofing US democracy, days after 13 Russian officials and three businesses were indicted for allegedly influencing the 2016 US elections.

Anyone seeking to publish political advertisements on Facebook would need to verify their purchases with a code sent to them via snail-mail. The “revolutionary” new system aims to deter people from buying advertising space without first confirming their physical address in the US. 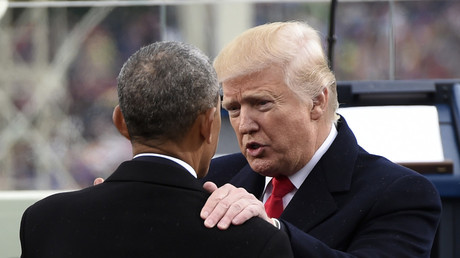 “If you run an ad mentioning a candidate, we are going to mail you a postcard and you will have to use that code to prove you are in the United States,” she told Reuters, noting that the measure is the “most effective method the tech company could come up with to prevent Russians and other bad actors from purchasing ads while posing as someone else.”

Harbath admitted that the new regulations “won’t solve everything,” but felt that it was a step in the right direction and hopes to see the new system in place for the 2018 November midterm elections.

“We do plan to roll out all of our advertising transparency efforts by the summer,” Facebook spokesman Andy Stone said in a statement.

Last Friday, Special Counsel Robert Mueller accused the Russian individuals of “creating false US personas” and operating “social media pages and groups designed to attract US audiences” in addition to providing funds to the “spies.” He notably did not make any claims that the Trump campaign actually colluded with any Russians, which had been the accusation at the root of his mandate.

Nevertheless, Democrats have seized on the indictment to accuse President Donald Trump and other members of his administration of “not doing enough” to stop further Russian meddling.