Feeling the pressure from Congress to ‘fix’ his social media platform, Facebook CEO Mark Zuckerberg has resorted to crowdsourcing the ratings system for “trustworthy” news sources appearing on users’ feeds.

“I’ve asked our product teams to make sure we prioritize news that is trustworthy, informative, and local. And we’re starting next week with trusted sources,” Zuckerberg said in a Facebook post.

“There’s too much sensationalism, misinformation and polarization in the world today. Social media enables people to spread information faster than ever before, and if we don’t specifically tackle these problems, then we end up amplifying them. That’s why it’s important that News Feed promotes high quality news that helps build a sense of common ground,” he added.

Having considered a number of options, Zuckerberg said the most “objective” way to decide which sources were credible, and which were not, was to ask Facebook users themselves.

“As part of our ongoing quality surveys, we will now ask people whether they’re familiar with a news source and, if so, whether they trust that source,” he explained. “The idea is that some news organizations are only trusted by their readers or watchers, and others are broadly trusted across society even by those who don’t follow them directly.”

Breaking: schools nationwide change curriculum to “pizza and video games” all day based on feedback from children. https://t.co/RorxXSyIfP

Facebook devotees will now see fewer news stories in their feed, and depending which sources the community deems “trustworthy,” some users could see a lot less. There are concerns, however, about the quality of those news articles as well, since the community vote is likely to result in setting up an “echo chamber.”

The announcement came Friday, with most news-watchers consumed with the drama over a prospective government shutdown. It raised many eyebrows among journalists from outlets big and small.

The answer to Facebook controlling the primary revenue source of all major news outlets isn’t begging for a better FB algorithm, its to tax companies like Google and FB and use the money to fund journalism.

Seems to me the new Facebook news rules are going to make it really hard for small independent news outlets to find an audience. Are we really that happy with our current major sources of news?

Another concern is that the rankings will be based on a perception of credibility created by the spectrum of survey responses, rather than actual journalism. 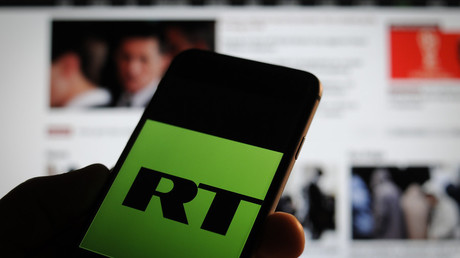 Facebook, Google and Twitter have come under pressure from Congress since the 2016 election, with many lawmakers declaring that “Russian agents” had used the social networks to interfere with American democracy. The tech giants have since announced a number of measures intended to crack down on what their users can see or hear, in the name of fighting “fake news.”

The Facebook co-founder had previously vowed to fix a number of failings with the world’s largest social network as part of his “personal challenge for 2018.” To that end, Facebook is now prioritizing posts from families and friends over brands and publishers, to generate “meaningful social interactions” on the platform rather than mere “passive consumption.”

Afraid you might not see as much of RT on your newsfeed? Check out this handy guide on how to fix it… Probably.