Facebook’s motion to dismiss a lawsuit over its facial recognition software was denied on Friday, meaning that the three users who claim the social network’s photo-tagging system violates their privacy will now get a full hearing. 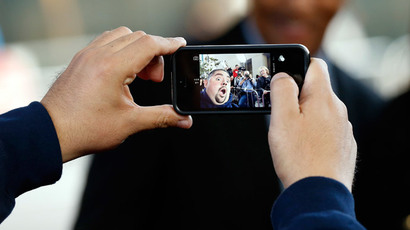 For those unfamiliar, when a person’s picture is uploaded to the Facebook site, their facial geometry is calculated, recorded, and compared to biometric data from other user photos in Facebook’s database in order to prompt suggestions of which specific person is shown for tagging purposes.

Facebook discloses its photo-tagging system in its Data Policy and allows users the choice of opting out. This does not stop Facebook from collecting the geometrics, however. Declining to take part in the tagging system through privacy settings merely prevents other users from tagging the individual in question.

“If he changed the privacy setting, that wouldn’t change anything because [Facebook] had taken his data and they’re holding on to it. There’s no delete button,” Licata’s attorney, Jay Edelson, told the Chicago Tribune.

This is not the first time Facebook’s photo tagging policy has come under fire. The feature has been unavailable in Europe since 2012, when enough privacy concerns were raised to force Facebook into deleting the geometric face data of its European users from its database, according to the Tribune.

Now that the Illinois lawsuit is moving forward, the repercussions could reach beyond Facebook. The Verge reported that Twitter and Google Photos have copied Facebook’s photo tagging system, with Google Photos facing a similar lawsuit due to the same Illinois law.