A group of powerful public funds have given their blessing to a proposal by Facebook shareholders that would remove Mark Zuckerberg from his position as chairman of the company’s board of directors.

The state treasurers of Rhode Island, Illinois and Pennsylvania, as well as the New York City comptroller have signaled their support to the proposal, which was first filed in June by Facebook shareholder Trillium Asset Management, which holds an $11 million stake in the social media giant.

Trillium filed the proposal after a disastrous start to the year for Facebook, marked by privacy scandals and a stock drop. It called for Facebook to split the roles of CEO and chairman to loosen Zuckerberg’s grip on the company. 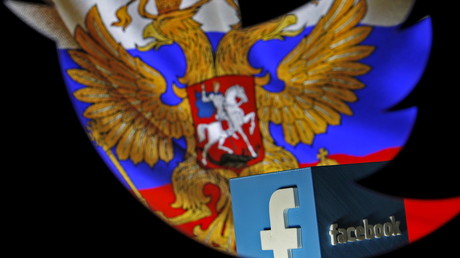 The proposal accused Zuckerberg of mishandling the controversies, and called on the 34-year-old to step down as chairman. Trillium also cited the spread of misinformation on the platform and its use by extremists to promote violence in Myanmar as reasons for the proposal.

“An independent board chair is essential to moving Facebook  forward from this mess, and to reestablish trust with Americans and investors alike,” said New York City Comptroller Scott Stringer in a statement released Wednesday. Stringer oversees the city’s pension fund, worth over $195 billion, including 4.7 million shares in Facebook. Pennsylvania and Rhode Island’s treasuries hold 38,737 and 168,203 shares in the company respectively.

Wednesday’s development is likely a symbolic one, as Zuckerberg still holds the bulk of Facebook’s shares, giving him 59.9 percent voting power. Nevertheless, such a move puts pressure on Zuckerberg. In the June proposal, the investors described Zuckerberg’s response to the privacy scandals “evasive” and his rule over the company like that of a “19th-Century dictator.”

Last year, a move to oust Zuckerberg, which had the support of 51 percent of independent investors was made, and failed, due to Zuckerberg’s majority stake.

The latest proposal will be voted on at a shareholder meeting in May 2019.

Facebook’s share price has dropped 27 percent since July, and the company has been rocked by the departure of senior executives since. Instagram co-founders Kevin Systrom and Mike Krieger jumped ship in September over a dispute with Zuckerberg about the future of the platform. WhatsApp co-founder Jan Koum left Facebook in April, clashing with Zuckerberg over data privacy, advertising and encryption. Facebook owns both Instagram and WhatsApp.