Facebook now appears to watch RT’s every step, but it has allowed the US government-funded Radio Free Europe/Radio Liberty to publish political ads targeting Americans, while introducing restrictions for other media.

The alarm over a federal-backed outlet targeting its Facebook ads at US audiences was sounded by the New York Times. The paper said that the move constituted a “potential violation” of the Smith-Mundt Act of 1948, which protects Americans citizens from domestic propaganda.

It’s illegal for federal-funded news organizations under the umbrella of the Broadcasting Board of Governors (BBG) to promote their content in the US without a special request – and no such request was received by Radio Free Europe/Radio Liberty (RFE/RL) this time around. 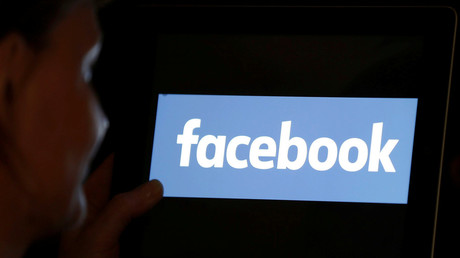 RFE/RL removed the ads shortly after they made headlines, with BBG spokeswoman Nasserie Carew saying that the outlet “ceased the practice” and that “none of the BBG networks should be distributing or promoting our content domestically in order to develop or grow domestic audiences.”

Radio Free Europe was created during the Cold War with the mission of promoting “democratic values and institutions by reporting the news in countries were a free press is banned by the government or not fully established.” It currently operates in 20 countries, including Russia, and, according to its website, had a budget of $120 million last year.

RFE/RL placed several ads on Facebook, including one which stated that “61 percent of the surveyed population in 12 countries views NATO favorably.”  The graphics were promoted in mid-July when Donald Trump was lambasting NATO member states at a summit in Brussels for not contributing enough to the US-led military bloc.

The question remains: how did Facebook turn a blind eye to such an ad when the company just announced new strict rules regarding commercials with political content in the US.

But the social media site didn’t even label the RFE/RL’s graphic about NATO and other posts as political ads. There was also no “paid for by” marker on the materials, which has now been made obligatory for such entries.

Facebook’s criteria on what constitutes a political ad is too vague, media contributor John Griffing told RT. “There’s these double standards,” he said, adding that, apparently, the platform has no problem with somebody breaking its rules to “help defend freedom” in accordance with Washington’s take on it.

“It’s OK to propagandize and blanket the rest of the world with a CIA funded message, but it’s not OK for Russia to finance a television network… Why is that not OK?” Griffing said referring to RT posts getting flagged by Facebook on numerous occasions.

And it’s not only RT that’s been affected, as Russian scholar Sean Guillory was also recently prevented by Facebook from promoting an interview about his paper on the coverage of Donald Trump in the Russian media.

Facebook won’t approve my ad for this podcast. Apparently what the Russian press thinks of Trump is dangerous information. Listen here: https://t.co/oE69SKVn42

RT has asked the BBG on whether it considered RFE/RL’s graphics about a political-military organization like NATO to be a political ad, and we are currently awaiting a reply.