The Federal Aviation Administration (FAA) has approved AT&T’s Flying Cow drones to restore the cell network over hurricane-ravaged Puerto Rico. Crews are still working to restore the island’s electricity, which at one point was completely out.

The FAA approved the use of Flying Cow (Cell on Wings) drones last week, as the process to rebuild Puerto Rico’s infrastructure, following Hurricane Maria, continues to play out. 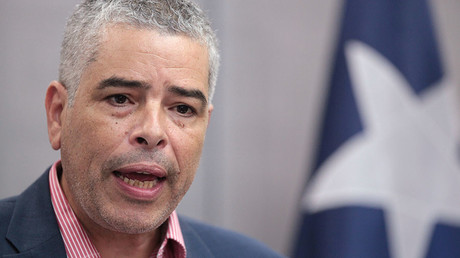 The Flying Cow drones have been designed to “beam LTE coverage from the sky to customers on the ground during disasters or big events,” according to ZDNet.

The drones will carry a small cell, along with antennas, that are connected to the ground by a tether. This specific setup will allow power and fiber data connections to be brought to customers on the island. Further,  the power being transmitted from the ground, up to the Flying Cow, will allow the Flying Cow to remain in the sky indefinitely.

The Flying Cow resembles a helicopter, and will surpass the FAA’s 55-pound weight limit set forth under the agency’s small drone rules. However, the FAA has made an exception in the case of AT&T’s new drone, and will allow it to operate in the skies over Puerto Rico.

The telecom giant’s drone will also connect to satellites to allow citizens to transfer calls, texts and data, and will potentially be able to fly over 300 ft in the sky, while providing coverage as far as 40 square miles away.

“The Flying Cow can operate in extremely remote areas and where wired or wireless infrastructure is not immediately available,”AT&T stated in a blog post. “The Flying Cow is an exciting next step in how we’re using drones to bring strong wireless connectivity to those who need it most.”

Almost two months after Maria leveled Puerto Rico, the island only has 43 percent of its power restored, according to NBC News.

The lack of internet access and cell service has made it almost impossible for people on the island to contact the Federal Emergency Management Agency, or fill out help request forms online, according to ZDNet.

The increased access to text, voice and data, with the help of the Flying Cows, can help residents and rescue workers initiate more in the way of communications, and could also speed up recovery efforts on the island.

On November 3, the US Department of Transportation announced that it is going forward with a private-public drone program to find safe, innovative ways for drones to be utilized across various industries.