Potential terrorists were given jobs on London’s Underground network – a top Conservative minister has revealed today.

A purge of “extreme” leaning employees, with access to the inner workings of the capital’s travel network, took place recently. Ben Wallace, Britain’s security minister, revealed that staff who “would pose a risk to London and its transport network” have been identified.

It was not made clear just how many people were working on the Underground, posing a daily threat to the city. 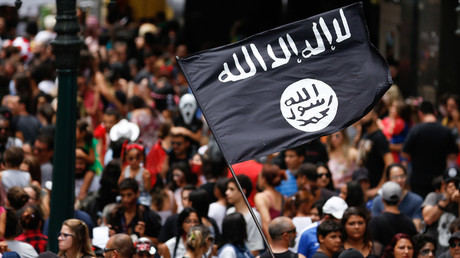 A mission to expose those who would seek to aid Islamic State (IS, formerly ISIS) has weeded out people with extreme beliefs.

“We’ve done a lot of work over the last year about people working in sensitive areas who shouldn’t be, and removing their ability to do so,” Wallace said to the Evening Standard.

“It’s reducing the insider threat. There are definitely people who have worked in sensitive areas that we have now removed who would pose a risk to London and its networks of transport. We’ve got to protect as well as pursue. There are more things we can do around where these people work.”

Khurram Butt, one of the three killers in the London Bridge attack, previously worked for London Underground. He was one of about 3,000 terrorist suspects under active scrutiny, and a further 20,000 logged as former “subjects of interest.” 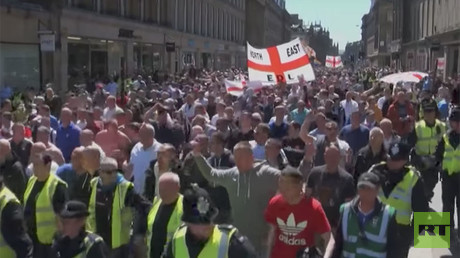 Wallace admitted there is an “acute” threat to Britons. He also revealed security services are continuing to watch suspects.

“We have an acute number of people in this country who are attracted to extremism or violent extremism,” he said in an exclusive interview with the Standard.

“You can’t arrest your way out of that so you have to develop a way that you can early intervene with some people. Disruption is really important.

“There are some people whose immigration status may be rightly examined to remove them from threat and there are people involved in normal crime who we could take off the streets. There are people who have social issues — are they neglecting their families, are they a troubled family that the troubled family scheme could deal with, are they being exposed to non-regulated school settings?

“We seize a number of these people who have autism, who are targeted and groomed by IS and the far-right — so are we doing enough in mental health to identify vulnerable people?”

Although he attempted to reassure the nation “hard nasties” – the most extreme hardened terrorists –would struggle to succeed “any time soon” to get home.

“We thought a lot would start coming back when IS imploded. That hasn’t happened. We’ve seen tiny dribs and drabs, predominantly women with their children, usually in the straightforward position of they’ve been arrested by the Turks and the Turks are deporting them… There haven’t been the hard nasties turning up in that way,” he added.