Parents’ worst suspicions about the effects of too much screen time on their offspring have been partially confirmed by the preliminary results of a new study – and the effects may be further-reaching than they suspected.

Kids who spend more than two hours in front of a screen every day score lower on language and thinking tests, according to the earliest results of a study from the National Institutes of Health. The first batch of data from the study will be published next year, but as a preliminary finding, these results are worrying, given that the average tweenager spends up to 6 hours a day on their phone or tablet. 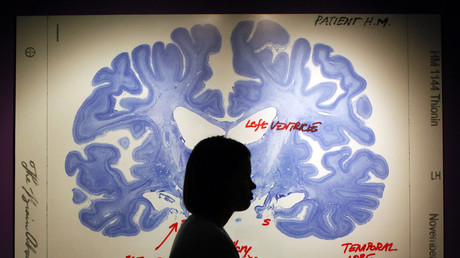 The NIH’s ambitious $300 million Adolescent Brain Cognitive Development study has enrolled 11,874 children, ages 9-10, including 2,100 twins or triplets. They will be followed through young adulthood at 21 research sites across the US.

Not all of the early results can be fully understood until researchers have more data. For example, children who spend upwards of seven hours a day in front of a screen have been found to experience a premature thinning of the cortex compared to their low-tech peers. The cortex is the outermost layer of the brain, the site of sensory input and the higher-order functions that arguably make us human. At first glance, this premature thinning would seem like another reason to panic.

But researchers cautioned that we cannot draw definitive conclusions from this finding – correlation does not imply causation, meaning the thinning could be caused by something other than prolonged screen time. “We don’t know if it’s a bad thing,” study director Gaya Dowling points out, explaining that such thinning is usually associated with a more mature brain than those of the 9 and 10-year-old experimental subjects, and it’s unknown what it signifies in a younger brain.

Not all scientists are waiting for the results to issue guidelines for parents of small children. The American Academy of Pediatrics recommends parents avoid digital media use altogether, except video chatting, in children under 18 to 24 months. Dr. Dimitri Christakis, the lead author of those guidelines, explains that babies don’t transfer what they do on a screen to the real world.

According to a national survey by Common Sense Media, teens spend an avg. of 4.5 hours a day on their phones. Facebook and Instagram recently introduced features allowing users to monitor time spent on the apps. Apple’s new OS enables time restriction. https://t.co/FglrmpowT3pic.twitter.com/blIrfqG6hv

“If you give a child an app where they play with virtual blocks and stack them, and then put real blocks in front of them, they start all over,” he told 60 Minutes. “They don’t transfer the knowledge from two dimensions to three.”

In many ways, the concern that investigators like I have is that we’re sort of in the midst of a natural kind of uncontrolled experiment on the next generation of children.