An ex-special forces boss has backed a second Brexit referendum, warning that a no-deal outcome would lead to “major concerns” over Britain’s security, including from terrorism and “hybrid warfare.”

Former chief of the SAS, Major General Jonathan Shaw, told The Independent that if the UK crashed out of the EU: “There would be major concerns on matters like intelligence sharing, on terrorism, hybrid warfare cyber threats.”

While noting that it’s “theoretically possible to have a separate security agreement,” the Major General said there was a “whole host of issues there including data protection, European laws and UK laws.” 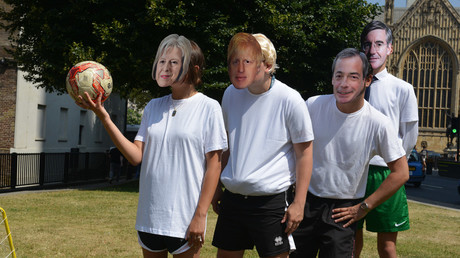 Though Britain’s membership and contribution to NATO will be unaffected by Brexit, Shaw noted that “one has to take the Trump factor into account, other [NATO] member states are now unsure on how much Europe can depend on US under his administration and this is something which should be of concern to the UK as well. One cannot tell what Mr Trump may, or may not, do, but it is a factor to consider.”

Explaining his decision to back a second referendum, Shaw equated Brexit with the Arab Spring. “It was, if you like, a sort of Britain’s Arab Spring moment, a protest where the ultimate outcome was not known. The people of the United Kingdom should be allowed to make up their minds, either way, when the full detail of what is actually involved in Brexit does become known.”

Shaw, who directed special forces in Iraq and was the assistant chief of defence staff, told the publication: “I could understand the dissatisfaction with the democratic deficit in the EU and the plan for an ‘ever closer union’. One can oppose these. But there are, for me, other things to consider, including security, in which I believe it is better to be in the EU.

“We now have more information. People can analyse that when it comes to a new vote, they can change their minds or stay as they were.”

The Major General’s warning echoes those of police and crime commissioners who wrote to the Home Secretary warning of a risk to the public in the wake of a no-deal Brexit.