Charges against an ex-CIA employee are intended to send a message to potential whistleblowers, warning them that they will have no defense when pursued by the government, the executive editor of 21st Century Wire told RT.

Former CIA software engineer Joshua Schulte is facing charges over what has been described as the largest information leak in the agency’s history.

Prosecutors claim that he unlawfully obtained information on the intelligence-gathering capabilities of the CIA during his time at the agency. He is alleged to have provided the information to an organization for it to be disseminated.
While the indictment does not mention the organization by name, the whistleblower’s lawyers have identified it as none other than WikiLeaks.

If he is convicted on multiple charges, Schulte faces over 100 years in jail.

RT: How serious are the charges brought against this former CIA engineer? 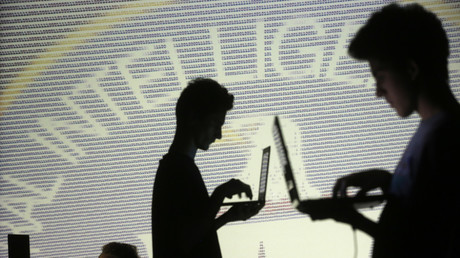 Patrick Henningsen: The charges are very serious being brought against Joshua Schulte. What is unclear is how many of these charges will be able to stick in the end. The defense team for Schulte claims that he is innocent of any wrongdoing. And so does his family. Clearly, he is going to be defending himself, sticking up for himself in this case.

The charges are wide-ranging in the indictment but it claims to have multiple violations of the Espionage Act, which is problematic in its own right and how it is being used by the successive administrations in the US to charge and jail journalists and government whistleblowers. Critics will say that this act is out of date, to say the least, it is being used really to stifle information that is in the public interest from coming out and being put through the press, for instance. So, the use of the Espionage Act is a kind of censoring tool and also as a tool of repression by the state.

RT: It has been suggested WikiLeaks may have been the recipient of these leaks… Is that plausible?

PH: WikiLeaks is going to be in the conversation because, for instance, the Vault 7 leaks were leaked out and published by WikiLeaks. There’s also a similar conservation with Snowden leaks as well… The real issue is the US is characterizing WikiLeaks as a spying organization or some organization that is out to destroy US reputation internationally or harm US national security when in fact it is a publishing platform.

The only difference is, I think, now in the age of the internet when things are published on WikiLeaks, they go internationally, they go globally instantaneously within seconds. In the past, when the Espionage Act was written, back in the early 20th century, when things were published [they] could be contained to a degree within certain countries and not go internationally. While the indictment cites national security as the main concern, it is really about national embarrassment. And I think this is why the US government, especially under the Obama administration and continuing under the Trump administration, trying to shut down any of these avenues for whistleblowers, for leakers, and also trying to directly put pressure and shut down the press itself. And WikiLeaks is by definition a publisher, first and foremost. 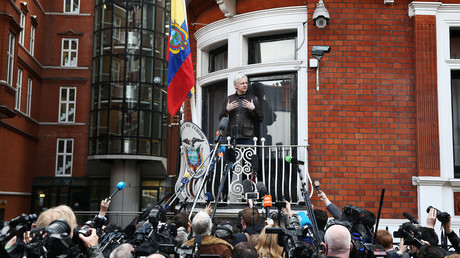 This conversation in the US press seems to be about “Oh, the CIA needs to secure its hacking tools” and that seems to be the main thrust of conversation, not about why and how these tools are being deployed and for what reason. And I think that is where the conversation needs to be in this story. But unfortunately, it is not. It is really around the process of security again. I don’t think we are going to progress forward on this issue on that basis. I don’t think we can learn anything from these incidents just by looking at them through the lens of national security and clandestine operations security and buttoning it all down, so the public doesn’t know what its government is up to and what it is spending its money on. And let me add that the Vault 7 revealed that the CIA has an operation that is comparable to the NSA in terms of electronic warfare. And that was not known widely before that.

RT: What message does Joshua Schulte’s case send to whistleblowers?

PH: The general message to whistleblowers is a message of intimidation, it is a message that you will receive no protection; you will not be able to adequately defend yourself. And the other message is that the government doesn’t need to defend itself, it can prosecute all of these cases on arbitrary bases, it can attack journalists, it can attack publishing platforms all under the letter of national security. This does send out a chilling message to any potential government whistleblowers that you will be pursued by the government and that under the letter of national security you have very little defense. I don’t think this is in the interest at all of the public…

RT: It was previously suggested that Russia may have had something to do with the leak, only to be revealed it was actually an inside job. What are your thoughts on this?

PH: Look at what was revealed in Vault 7: one of the real revelations is the nature of the hacking tool. In other words, the CIA has the ability to hack and leave false fingerprints. In other words, make it appear that somebody else had carried out the hack. And this is absolutely relevant in terms of the whole ‘Russiagate’ conversation in the US and the DNC leaks, or the DNC hacks as they are referred to by the Democratic Party opposition.