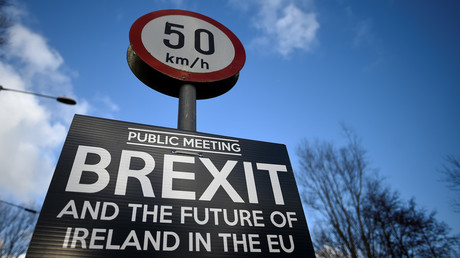 The EU’s chief negotiator Michel Barnier, has claimed on French radio, that the contentious issue of the Irish border could sink any chance of a Brexit deal between the United Kingdom and the European Union.

Barnier revealed that the EU’s Brexit deal with the UK was 90% complete, but there was still a possibility of negotiations failing due to ongoing disagreements over the Irish border.

He warned that solving the Irish border issue was a “prerequisite” for a successful outcome of Brexit negotiations, and that failure to find a resolution would spell disaster for striking any deal.

“The answer is yes,” Barnier said when asked on France Inter radio if the Irish border issue could cause the negotiations to collapse. “I believe we need a deal. I’m not yet sure we’ll get one. It is difficult, but possible.”

On Thursday British Prime Minister Theresa May angered many of her Tory MPs, when she revealed one option that had emerged from talks in Brussels with the 27 EU leaders, was an extension of the “implementation [or transition] period for a matter of months” – in an effort to break the deadlock over the Irish border issue.

READ MORE: Calls for May to quit as furious Tories blast her for considering ‘humiliating’ Brexit delay

The prospect of Brexit being further delayed, with a transition period running into 2021, and with it, potentially further UK payments of £10-15 billion going into the EU coffers, has infuriated Tory MPs.

Both the UK and the EU have said they want to avoid a hard border in Northern Ireland.