Europe offering visa-free access to millions of Turks is like “storing gasoline next to the fire” and could result in a “populist uprising,” Britain’s former MI6 chief has warned.

Sir Richard Dearlove says the EU referendum will be the “first roll of the dice in a bigger geopolitical game” as the impact of mass migration is “eating away at the willingness of EU states to act together.”

He says shutting the door on migration is not the answer.

“For the EU, however, to offer visa-free access to 75 million Turks to stem the flow of migrants across the Aegean [Sea] seems perverse, like storing gasoline next to the fire one is trying to extinguish,” Dearlove told the BBC on Monday. 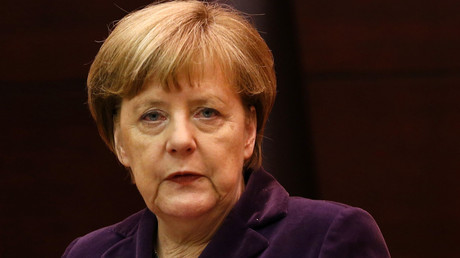 Visa-free travel to Europe’s Schengen area for up to 90 days was one of the concessions offered to Turkey in return for it agreeing to take back migrants entering the EU via its borders.

Dearlove says the arrival of 1.6 million migrants to Europe in 2015 had far-reaching social and political consequences, as those migrants now had the freedom to move across all 28 member states.

“If Europe cannot act together to persuade a significant majority of its citizens that it can gain control of its migratory crisis, then the EU will find itself at the mercy of a populist uprising, which is already stirring.

“The geopolitical impact is set to reshape Europe’s political landscape as those citizens who feel, rationally or not, that their interests and cultural identity are threatened assert their influence.”

Dearlove says the rise of extremist populist rightwing movements suggests voters are disillusioned at the failure to control the number of immigrants, and that Europe’s current migration crisis is “more serious” than postwar 1945.

His comments come as key figures on opposing sides of the EU referendum debate gear up to deliver a fresh round of speeches before Britain votes on June 23.

The latest poll by the Daily Telegraph puts the ‘remain’ campaign in the lead with 51 percent, and the ‘leave’ camp on 45 percent – a one percent drop since its last poll in April.

Meanwhile, a new European Commission report says terrorists are more likely to attack European countries as a result of the Turkey deal.

The report acknowledges that “increased mobility into the Schengen area of criminals and terrorists who are citizens of Turkey, or who are foreigners based in Turkey.

“The proposed liberalisation for Turkish citizens travelling to the EU could potentially have an impact on the terrorist risk in the EU as far as the movement of terrorists of Turkish citizenship to and from the Schengen area is concerned.

“Suspect individuals being allowed to travel to the Schengen territory without the need to go through a visa request procedure would have a greater ability to enter the EU without being noticed.”

The commission has recently called for visa-free travel deals with Kosovo, Ukraine and Georgia.

Kosovo has produced up to 300 fighters in Syria and Iraq, the highest per capita rate in Europe, according to a separate report.

The Turkish mafia, which traffics drugs, sex slaves, refugees and illegal firearms into Europe may undergo “direct territorial expansion towards the EU” as a result of the deal, the report says.