The European Union is failing to take steps to tackle the “corruption” and “systemic fraud” that is rife in the bloc, Britain’s pro-Brexit justice minister Dominic Raab says.

Conservative Raab says the EU is in “violation of international law” for not implementing the UN convention against corruption, eight years after approving it.

He referenced a report from the anti-corruption NGO Transparency International, which said the EU should be “mildly embarrassed” for the “baffling delay” given it had been at the forefront of the debate. 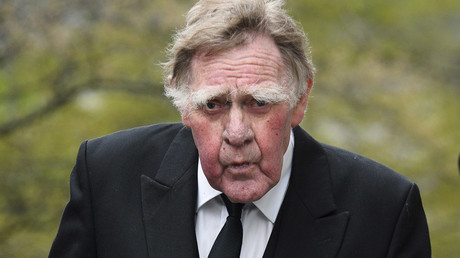 “We are pouring huge amounts of money into the EU, huge sums that could be spent on schools and hospitals and whatever else British elected lawmakers decide,” Raab told the Guardian.

“People ask, understandably, why are you pouring it into the EU, which has got these rising reports of fraud?”

The European anti-fraud office identified £685 million to be recovered in 2014, the most recent figures available, compared with £147 in 2011.

In 2015, there were a record 1,417 fraud allegations across the European Union, according to Raab, which he labeled “systemic fraud.”

Raab says the figures should raise concern given Britain’s net contribution to the EU, which he said amounts to £10 billion.

A spokesperson for Transparency International later downplayed the matter, saying the EU failing to implement the first step of the UN convention – an assessment of its own anti-corruption rules and capacities – was an “embarrassment rather than an issue of overwhelming significance.”

The spokesperson said the NGO is not keen to be drawn into the debate over Britain’s membership in the EU, insisting it is a non-political organization.

Raab accused Transparency International of being “scared of a backlash from the establishment.

“With reports of fraud at the EU soaring to record levels, British taxpayers will view this as more than just presentational embarrassment.”