Britain still has time to “change its mind” and stop Brexit, European Council President Donald Tusk has said, tweeting that “our hearts are still open” to “our British friends.”

“Unless there is a change of heart among our British friends, #Brexit will become a reality – with all its negative consequences – in March next year,” Tusk wrote.

Unless there is a change of heart among our British friends, #Brexit will become a reality – with all its negative consequences – March next year. We, here on the continent, haven’t had a change of heart. Our hearts are still open for you.

“We, here on the continent, haven’t had a change of heart. Our hearts are still open for you.”

Speaking in the EU Parliament on Tuesday morning, he added: “Wasn’t it [UK Brexit secretary] David Davis himself who said ‘if a democracy cannot change its mind, it ceases to be a democracy?’ We here on the continent haven’t had a change of heart – our hearts are still open to you. Thank you.” 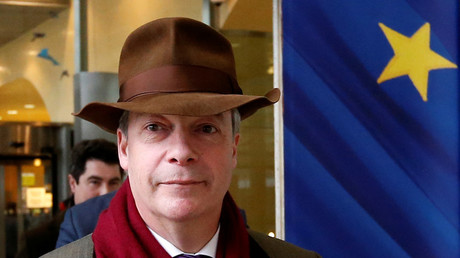 He was immediately backed up by Jean-Claude Juncker, the president of the European Commission, who said: “I hope that these comments by my colleague, Donald Tusk, are not ignored in London.”

The revokability of Article 50 of the Lisbon Treaty is being debated in the House of Commons today. Labour MP Angela Eagle tweeted: “Nothing about Brexit is inevitable. We must do what’s best for Britain and our people.”

The comments come as fresh calls for a second referendum have been sparked by politicians in the UK. Former UKIP leader Nigel Farage surprised the public when he called for a second EU referendum last week, saying it would strengthen support for the Vote Leave campaign and quash dissenting voices once and for all.

Foreign Secretary Boris Johnson told the Guardian he did not believe the British public was keen on yet another “heartache” vote.

“We’ve just had one, and I think it went pretty well but it was something that caused an awful lot of heartache and soul-searching, and everybody went through the wringer on it,” he said.

“I’m not convinced that the public is absolutely gagging for another Brexit referendum.”

Brexiteer Johnson went on to dismiss suggestions the EU would try and persuade the UK to back out of Brexit, saying: “I genuinely don’t think that will happen in this case. I think that something very profound has happened in the UK.