The choir of EU officials urging Britain to reconsider its decision to leave the bloc is growing. Jean-Claude Juncker added his voice to the crescendo, saying “our hands remain outstretched.”

Speaking in the European Parliament on Wednesday, Juncker, president of the European Commission, said: “The UK people, the UK government, may wish to find a different way out.

“We’re very much willing to deal with them. We are not throwing the British out. We would like the British to stay. And if they so wish, they should be allowed to do so.

“I did note that in London there was a rather irritated response to this proposal. But, note that even if the British leave according to Article 50, then [Article 49] would allow them to accede again.

“And I would be happy to facilitate that. I would not want to push anyone into a corner.”

Juncker added that he feels personally responsible for the looming “catastrophe.”

His comments come just one day after EU Council President Donald Tusk made an impassioned plea for Britain to stay in the bloc.

Unless there is a change of heart among our British friends, #Brexit will become a reality – with all its negative consequences – March next year. We, here on the continent, haven’t had a change of heart. Our hearts are still open for you.

“Unless there is a change of heart among our British friends, Brexit will become a reality – with all its negative consequences – March next year,” Tusk said in a tweet designed to tug at Britain’s heartstrings.

“Our hearts are still open for you,” he lovingly added.

Maybe Britain should consider taking out a restraining order on @eucopresident Donald Tusk – WE DUMPED YOU, can you stop throwing stones at our bedroom window and playing loud, romantic music please?https://t.co/01GelexGNJ

The comments come as fresh calls for a second referendum have been sparked by politicians in the UK. Former UKIP leader Nigel Farage surprised the public when he called for a second EU referendum last week, saying it would strengthen support for the Vote Leave campaign and quash dissenting voices once and for all. 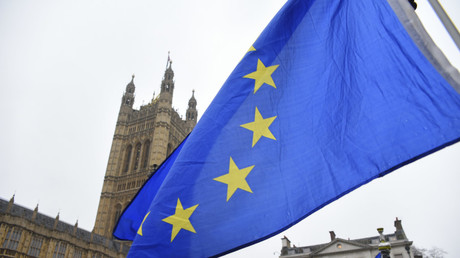 Foreign Secretary and Brexiteer Boris Johnson told the Guardian he did not believe the British public was keen on yet another “heartache” vote. “We’ve just had one, and I think it went pretty well but it was something that caused an awful lot of heartache and soul-searching, and everybody went through the wringer on it,” he said.

On Tuesday, Labour MP Keir Starmer called on Johnson to be probed over comments he has repeatedly made concerning how much money the UK pays into the EU’s coffers per week.

In a letter from Starmer, the shadow Brexit secretary, written to Statistics Authority chair David Norgrove, the MP says “the £350 million a week claim made by the ‘Leave’ campaign [during the vote] has been widely condemned as inaccurate and misleading.”

Johnson claimed that the UK’s weekly gross contribution would rise to £438 million (US$604) by the end of a post-Brexit transition period. He also said Leave campaigners were right to pledge the supposed extra cash to the National Health Service (NHS).