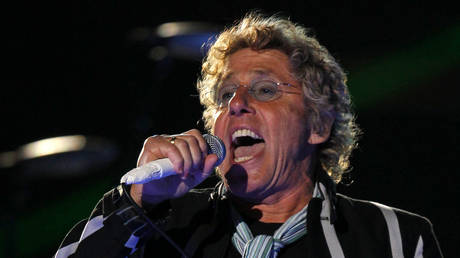 Roger Daltrey, the lead singer of legendary British rock band, The Who, has compared the European Union to the “f**cking mafia,” after being asked whether Brexit would be “bad for British rock music.”

In an interview with Sky News at Wembley Stadium, Daltrey, who has publicly backed Brexit, became visibly riled at questions on the thorny issue of Brexit. He rejected any notion that leaving the EU would have a negative impact on music bands touring Europe.

As if we didn’t tour Europe before the f**king EU. Oh give it up! If you want to be signed up to be ruled by a f**king mafia, you do it. Like being governed by FIFA.

In an interview with the Telegraph in May last year, the 75-year-old singer lashed out at what he sees as the democratic deficit demonstrated by the EU as an institution – insisting that he wants someone “answerable to me that I can say ‘f**k off, you’re useless!’”

“I’m not anti-Europe, I’m anti-Brussels, but people don’t get the distinction,” Daltrey added.

The Who were formed in 1964 and are one of the UK’s most famous rock acts, having produced 14 top-10 singles, including classics such as My Generation and Pinball Wizard, during the ‘60s, ‘70s and ‘80s.